Yooka-Laylee and The Impossible Lair Out in October 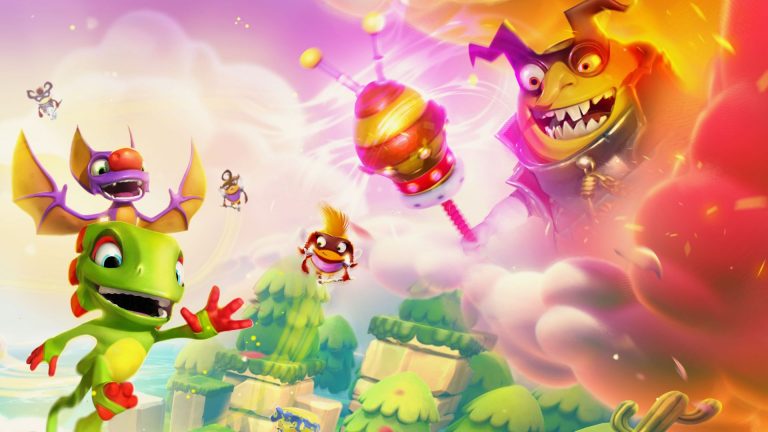 Playtonic’s Yooka-Laylee and the Impossible Lair will be releasing this October. This is according to a new tweet from the developer where the snippy Laylee comments that it’s “sometime” in October. A final release date will likely be confirmed in the coming weeks. Good news for fans of former Rare composer Grant Kirkhope (Banjo-Kazooie, GoldenEye 007 fame) as some of this music was teased in the video snippet.

Unlike its predecessor, Yooka-Laylee and the Impossible Lair is more of a 2.5D platformer akin to Donkey Kong Country. There is a 3D overworld which leads to 20 different levels. However, it’s possible to alter the states of these levels in different ways – flooding Gasping Glade’s book results in rain throughout the level, for example.

The story itself focuses on the duo setting out to rescue Queen Phoebee’s Royal Beettalion Guard . Capital B is going to be a threat again, though you have to wonder if any more game show-esque mini-games are inbound. Stay tuned for October when the game releases on Xbox One, PS4, Nintendo Switch and PC