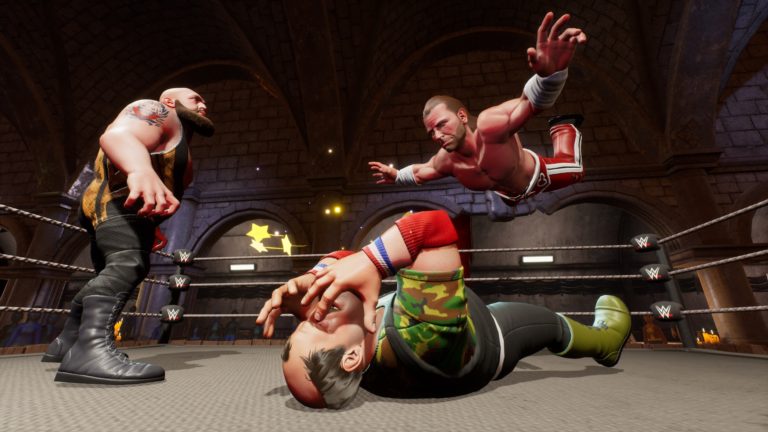 2K Games has announced that WWE 2K Battlegrounds, a more arcade-like take on the WWE, will be releasing on September 18th. Developed by Saber Interactive, it will feature over 70 WWE wrestlers (with more coming post-launch), including Legends from the past. This includes the likes of Shawn Michaels, Yokozuna, Mankind and many more. Check out the new trailer below.

WWE 2K Battlegrounds will sport a variety of modes, from Exhibition for local and online play with up to four players, to a Campaign Mode. Locations like the Everglades, New York and Scotland will feature with legends like “Stone Cold” Steve Austin and Paul Heyman guiding your journey to a WWE contract. Then there’s King of the Battleground, a gauntlet-style mode where you battle all comers.

What separates the game from Visual Concepts’ WWE 2K series is the sheer ridiculousness of the action. Along with attacking foes with guitars and steel chairs, you can toss them to the alligators, summon a goat to ram them and even call down lightning (though this is probably limited to The Undertaker’s moveset). Arenas can be customized and you can even create your own wrestler.

WWE 2K Battlegrounds will be releasing for Xbox One, PS4, PC, Nintendo Switch and Google Stadia.