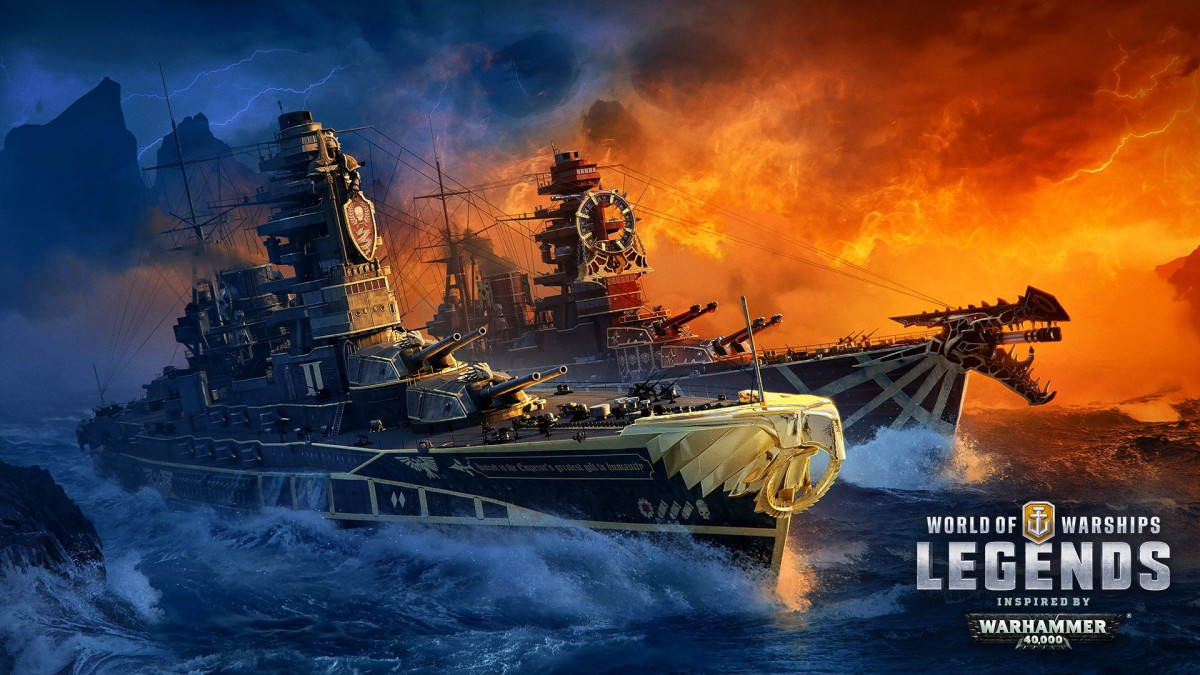 Grim darkness invades World of Warships: Legends on Xbox One! There’s a lot of new events and exclusive content coming in the next update for players, including the Warhammer 40,000 collaboration, a new brand of U.S. Light Cruisers, and more.

The highly anticipated Warhammer 40K collaboration is nearly here! Two Tier VI premium battleships and two unique commanders representing the Chaos and Imperium factions will be available during the June update. The two battleships, Ignis Purgatio and Ragnarok, have the powerful appearances of the Warhammer 40K universe and some different playstyles that set them apart from other battleships. The commanders, Justinian Lyons XIII and Arthas Roqthar the Cold, have new inspirations and skills to make their ancient warships even more powerful in certain situations. The commanders also have unique voiceovers in classic Warhammer 40K bombast. These commander, battleships, and the other Warhammer 40,000 items will only be available during the June update, check them out before they return to the far future!

Beyond the far future events, there will also be a bunch of Independence Day celebrations. To start with, a pair of American light cruisers are arriving in early access — Dallas at Tier V, and Helena at Tier VI. They are well armed with rapid-fire 6-inch guns and can dish out a ton of damage. However, these ships will take some skilled sailing to avoid taking hits from the enemy.

Coming with the update is a new campaign: The Lone Veteran. The final reward for this campaign is the unique American Tier VII heavy cruiser Wichita. A sort of prototype for the later Baltimore-class cruisers, Wichita shares a similar playstyle to the Baltimore—delivering devastating salvoes of AP shells onto enemy ships. She also has access to Sonar and Radar making for a versatile combatant. There are 95 levels over five weeks in The Lone Veteran campaign, but you can complete extra, difficult, tasks to finish the campaign a week early.

Last, but not least, a new Bureau project is here. Since some captains will be finishing their first major Bureau projects soon, we prepared a new one: Red, White, and Blue. Throughout the project, you can unlock permanent Stars n’ Stripes camouflages for several U.S. Cruisers, and the Tier VII battleship Iowa. At the end is a Tier V premium battleship, California. She was salvaged and rebuilt after the attack on Pearl Harbor and fought in the last battleship engagement in history. The Red, White, and Blue project is shorter than the main bureau projects as well, so this special American battleship will be less of a long-term goal than the Legendary Tier ships.