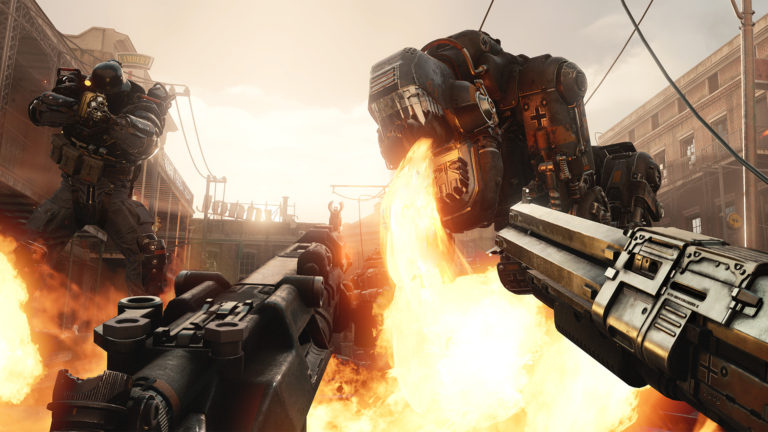 As is the case with any new console generation, once PS5 and Xbox Series X / S have released many developers and publishers will be remastring and touching up many of their PS4 / Xbox One games to bring them over to the newer consoles. It seems some of them might already be on their way, in fact.

As spotted on ResetEra, ratings for Wolfenstein Alt History Collection and Dishonored and Prey The Arcane Collection have gone up on the ESRB’s official website (screencaps for which you can view below, in case the listings get taken down). Interestingly enough, both ratings mention Xbox Series (as in both Series X and Series S) as the release platform.

It would make sense, and the timing would be right, given Microsoft’s Bethesda acquisition. Of course, that also brings up the question of whether these games will release for the PS5 (the ESRB ratings don’t mention it).

The ESRB recently rated another game for the Xbox Series X / S that hasn’t yet been officially announced- Crash Bandicoot 4: It’s About Time. 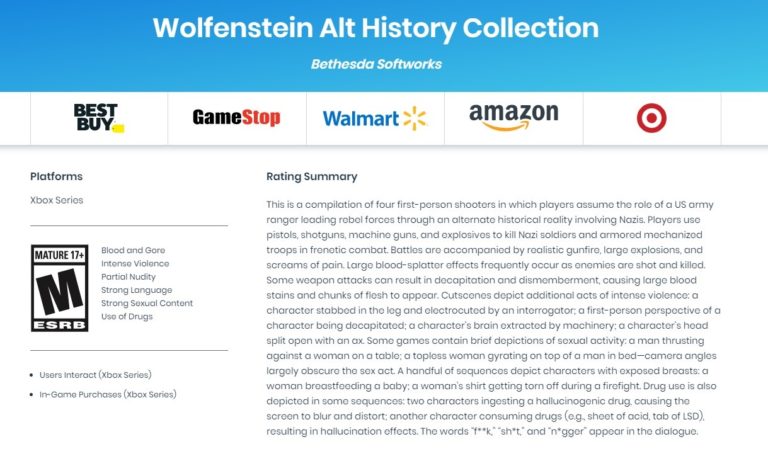 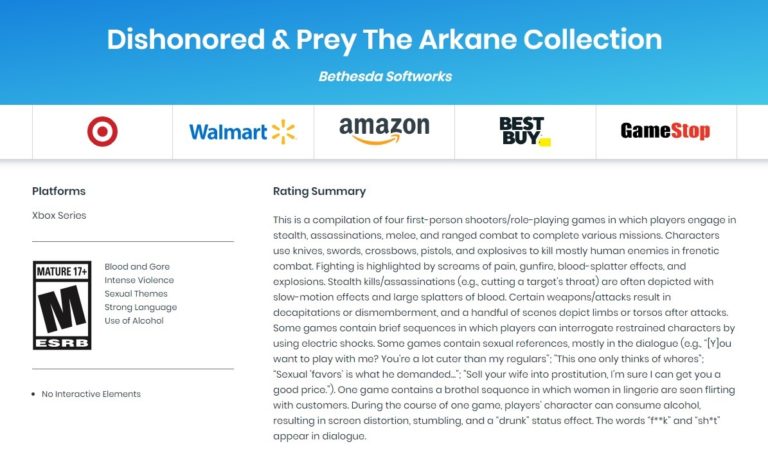