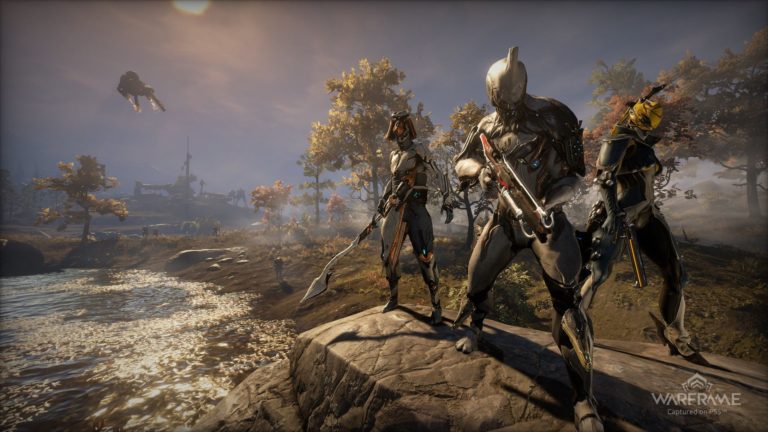 Digital Extremes will be bringing its free-to-play looter shooter Warframe to PS5 later this year. It released a new trailer showcasing visual improvements along with reduced loading times. Even better is the fact that all of this runs at “up to” 4K resolution and 60 frames per second.

Thanks to a new enhanced renderer, the development team is able to implement dynamic lighting. As detailed on the PlayStation Blog, this “follows the natural direction and strength of any given light source in an environment.” Cross-generation multiplayer for PS4 and PS5 players is also confirmed along with the ability to carry progress over to the latter.

Warframe also utilizes the PS5’s new Activities feature with “access to exclusive challenges and rewards.” Progress Activities will help track Trophy progress and Challenge Activities allow for jumping straight into certain game modes from the Home screen. Sanctuary Onslaught Challenge will be the first and more are expected in the future.

If that weren’t enough, DualSense’s adaptive triggers are supported. “At launch, you’ll feel the impact of every shot fired with each trigger pull, bringing a new level of immersion and thrill to your actions without comprising the tight, fast, fluid and responsive controls that you can only get in Warframe.”

Details on the Xbox Series X/S version and its release are yet to be revealed. Warframe is currently available for Xbox One, PS4, PC and Nintendo Switch.