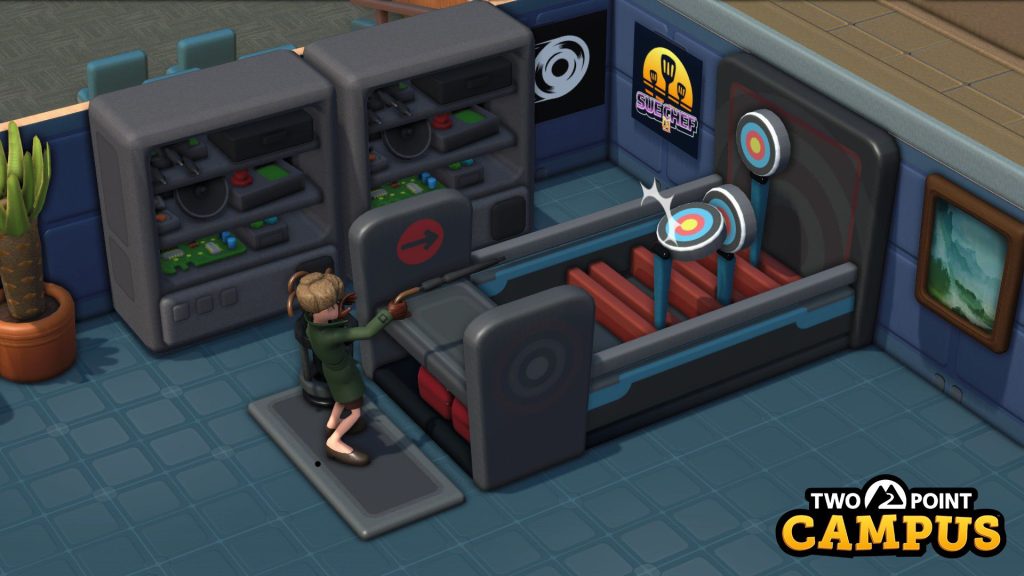 Train students in the field of espionage with obstacle courses, target practice and much more to weed out any potential rival agents.​

Two Point Studios’ new management title Two Point Campus makes no bones about the utter ridiculousness of its courses. After Knighthood, Gastronomy and Wizardry, it’s now the spies’ turn to showcase their talents. Check out the latest trailer below which focuses on the Spy School course.

Spy School, as you’d expect, is all about training agents using target practice, obstacle courses (where lasers and crocodiles reside) and much more. Of course, your agents are going to do more than just fly drones – they’ll also locate any rival agents that have infiltrated your campus as students. If you want to keep any unsavory secrets from leaking out, then a good spy or two will be necessary.

Two Point Campus is slated to release on August 9th for Xbox Series X/S, Xbox One, PS4, PS5, PC and Nintendo Switch. It will also launch day one on Game Pass for PC and Xbox consoles.