Trine 4 Will Be Xbox One X Enhanced, But the PS4 Pro Version Will Miss Out at Launch 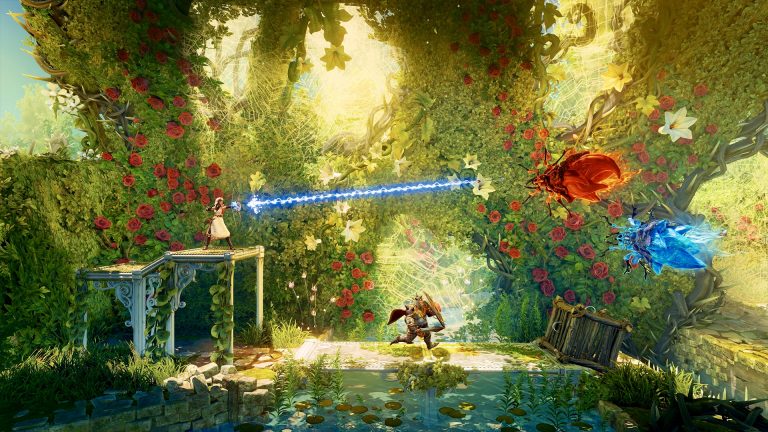 Whether or not a game features enhancements for Xbox One X and PS4 Pro’s more powerful hardware is a question we ask quite often, for pretty much every major and semi-major release these days. If you’re wondering whether that will be the case with the upcoming Trine 4: The Nightmare Prince, we’ve got those answers for you.

We recently got the chance to ask developers Frozenbyte a few questions about their upcoming action platformer, who confirmed to us that the game will be enhanced on the Xbox One X. “The resolution is dynamic on Xbox One X and is a lot higher than on Xbox One with 60fps, but doesn’t necessarily reach all the way up to 4k,” marketing manager Kai Touvinen told GamingBolt, before assuring us that it “looks very, very good.”

That said, the PS4 Pro won’t feature similar enhancements. Though frame rate on it will still be 60 frames per second, the resolution will be capped at 1080p at launch- though the developers will “take another look” at PS4 Pro enhancements after the game’s launch.

“PS4 Pro is 1080p/60fps like the regular PS4, we did not have the chance to do any separate enhancements for launch, but we aim to support Trine 4 with future updates, so we’ll take another look at PS4 Pro shortly after [launch],” said Touvinen.

Finally, what about the base PS4 and Xbox One? Trine 4 runs at 1080p and 60 FPS on both of them. That said, it makes use of dynamic resolution scaling, which means the resolution can dip below 1080p at times.

“Both Xbox One and PS4 are 1080p/60fps, with dynamic resolution scaling, so some times it goes a bit below 1080p in very action-packed or highly detailed scenes, to keep the FPS running at a smooth 60,” Touvinen explained.