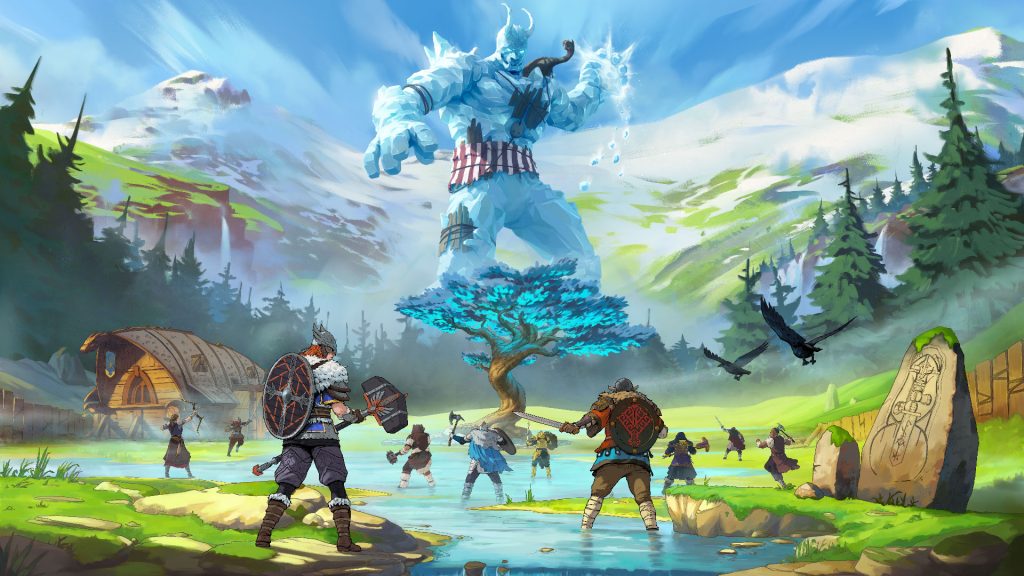 Norsfell's survival hack and slash title is out tomorrow for PS4, PS5 and PC along with its first season, The Wolf Saga.​

The next God of War is out in 2022 but Ragnarok is still coming. Norsfell Games’ Tribes of Midgard is out soon and offers its own brand of Viking hack and slash gameplay mixed with survival. Check out the launch trailer below which highlights the various threats – and hijinx – that would-be Einherjar will deal with.

Tribes of Midgard sees the player entrusted with a seed of Yggdrasil and must protect the ancient tree from Hel’s armies. This means building up an encampment, fortifying it with defenses and venturing out into the wilderness by day to find weapons and upgrades to become stronger. By night, Yggdrasil must be defended from enemies and soon enough, the Giants will come knocking as well.

Though it can be enjoyed solo, Tribes of Midgard supports up to 10 players with eight different classes to choose from. It will be available for PS4, PS5 and PC tomorrow. Seasonal updates are also planned with Season 1: The Wolf Saga going live tomorrow. Along with quests and companions, players can also leverage the new Rune System for a variety of different powers.
Click to expand...