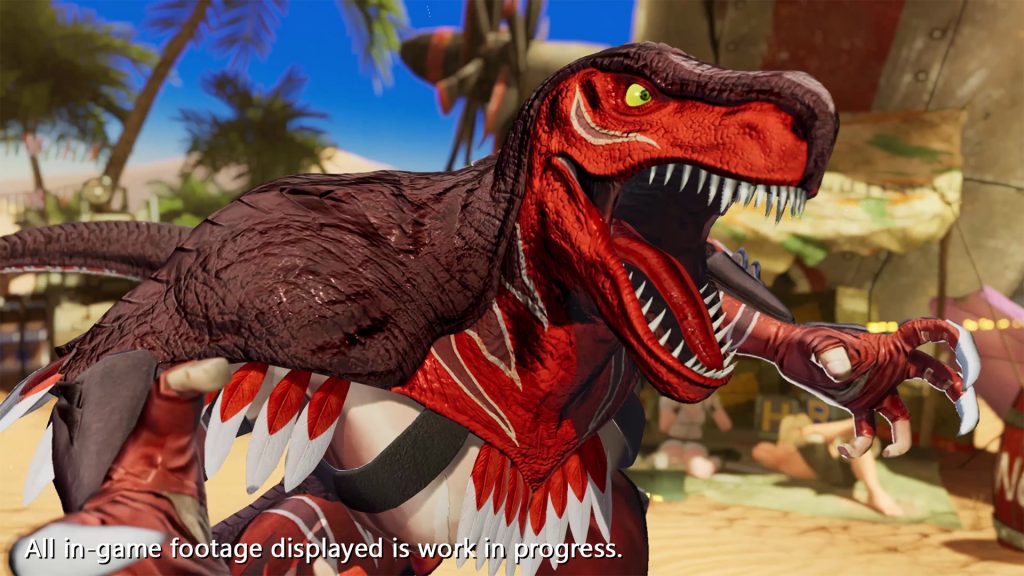 Tizoc's heel persona makes the jump to the sequel, complete with all of his signature wrestling holds, grapples and claw swiping.​

SNK has showcased all kinds of fighters for The King of Fighters 15, from the sleepy Meitenkun to series favorites like Mai Shiranui and Terry Bogard. But it’s now time to highlight a dinosaur, namely the King of Dinosaurs. Check out his moves in the latest character trailer below.

If it wasn’t apparent already, King of Dinosaurs isn’t actually a dinosaur but the “heel” persona of Tizoc that emerged after losing to Nelson. Debuting in The King of Fighters 14, King of Dinosaurs uses different wrestling holds and grapples. He’ll even use his claws and teeth to attack opponents like Tizoc, though SNK has insisted that the two are completely different people.

The King of Fighters 15 is slated to release in Q1 2022, suffering a delay due to development being affected by the COVID-19 pandemic. It’s coming to Xbox Series X/S, PS4, PS5 and PC (via Steam and the Epic Games Store).