The Gunk is Now Available for Xbox One, Xbox Series X/S, and PC 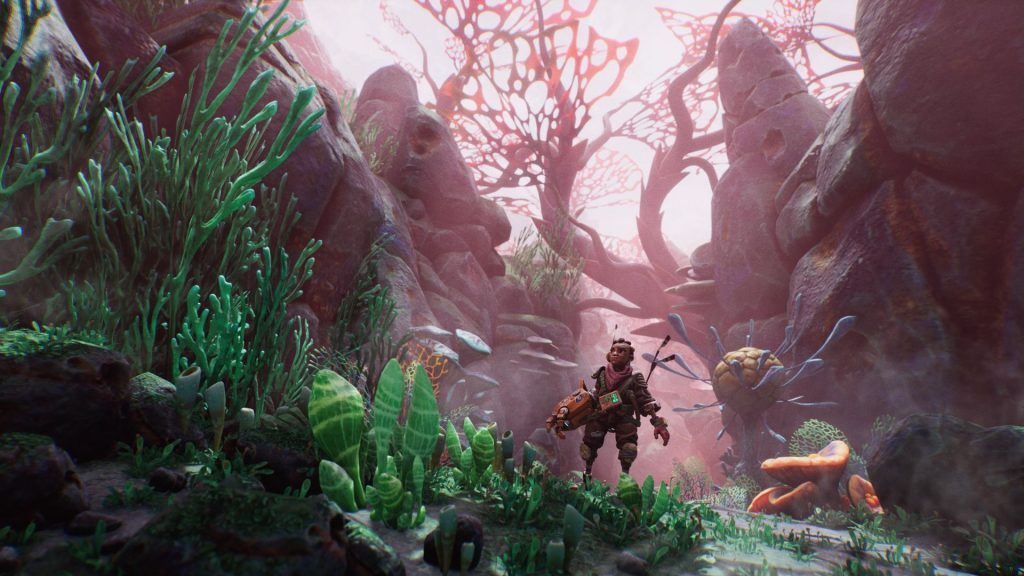 As scavenger Rani, players venture to a strange planet teeming with a parasitic black slime and must save (or scavenge) what ever they can.​

Image and Form Games, better known for the SteamWorld series, has a new platformer available. However, this one is fully 3D and a completely new IP. The Gunk takes place on an alien planet that’s covered in a slime-like parasite and as Rani, players explore the ruins while sucking it all up. Check out the launch trailer below.

The story sees Rani and Beck, two scavengers scouring the galaxy for work, venturing to the planet in search of valuable resources. Things quickly take a turn as Rani explores the world, restoring its natural beauty with her mechanical arm, and fighting off the corrupted creatures that dwell within. An ancient civilization was present before and discovering their fate encompasses half of the mystery.

Eventually, players will have to make a choice – whether to save the planet or scavenge whatever resources they can. The Gunk is available for Xbox One, Xbox Series X/S and PC along with Xbox Game Pass.