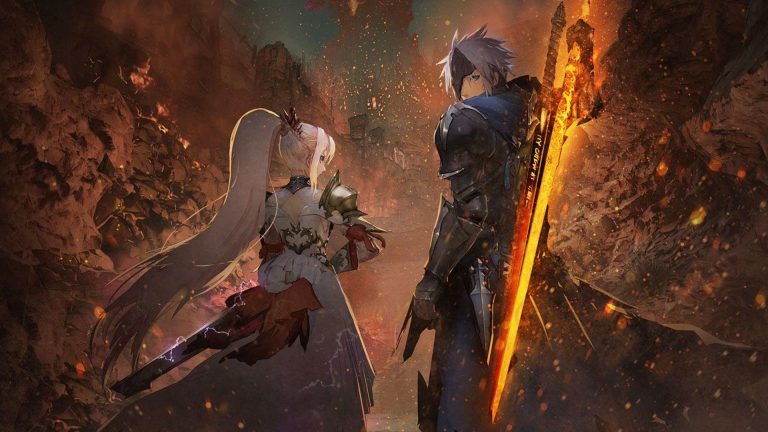 Bandai Namco’s Tales of Arise received a new trailer during the Tokyo Game Show, focusing on protagonists Alphen and Shionne. It sets Alphen up as a man who can’t feel pain and is thus capable of wielding a searing sword. Shionne, on the other hand, causes pain to those who touch her. However, she can also wield healing magic to help Alphen.

This sets up an interesting dynamic on top of the characters’ already odd relationship. Shionne hails from Rena, a world with incredible technology and magic but one that exploits and rules over the planet Dahna. Alphen is from Dahna. Where their journey leads them remains to be seen.

However, it seems they won’t be alone. A third character was teased at the end of the trailer – a girl with a flying pet of sorts. Tales of Arise is out in 2020 for Xbox One, PS4 and PC so hopefully, more details about the setting will be revealed.