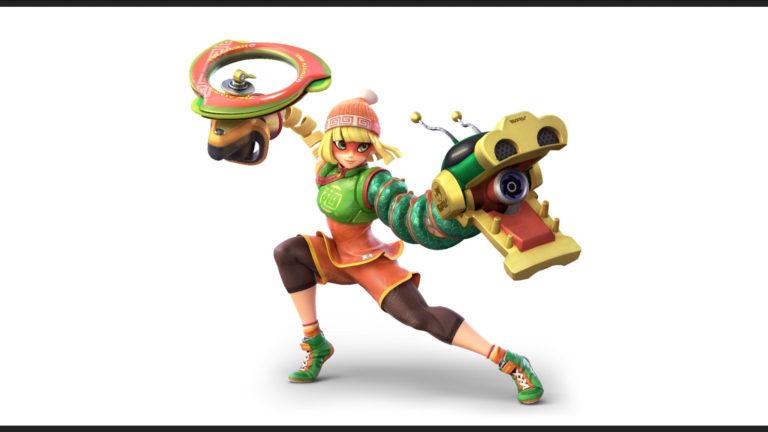 From the comfort of his home, Super Smash Bros. Ultimate producer Masahiro Sakurai revealed the next DLC fighter. It’s Min Min from ARMS, who’s seen coyly tending to the ramen shop before joining the battle for the invitation. Check it out below.

Min Min is a unique fighter, capable of attacking both left and right (or up and down) at the same time. Some of her moves can be exceptionally useful for avoiding counters due to the range. Her ARMS can be slightly bent in their flight path but this is limited and won’t stop foes striking from above. She can also ARMS Jump which allows for higher leaps if the button is held for longer.

There are three different ARMS that Min Min can equip – Ramram, Megawatt and Dragon. Each has their own special property and neutral attacks in mid-air. For example, the dragon ARM can fire a laser by holding down the Smash button when attacking.

Min Min will be joining the roster on June 29th. She’s included with Fighters Pass Vol. 2 which costs $29.99 but can be purchased standalone for $5.99.