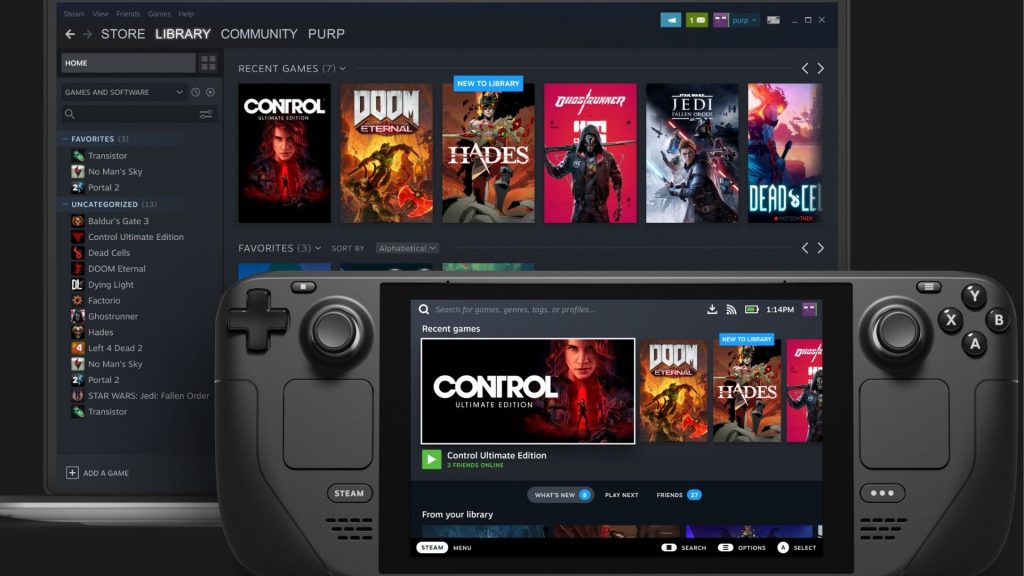 The system's RDNA 2 architecture allows it to support DirectX 12 Ultimate and its accompanying features. It's out in December 2021.​

Valve’s Steam Deck has been a hot topic since its sudden announcement and it’s not hard to see why. The handheld PC offers a quad-core custom APU with a Zen 2 CPU and RDNA 2 architecture with 16 GB LPDDR5 RAM and up to 512 GB with its NVMe SSD. While it’s touted as running games in Medium to High settings, you can also expect features like ray tracing and variable rate shading (VRS) to be supported.

This was confirmed by Valve’s Pierre-Loup Griffais with IGN (from 6:40 onwards) who noted that hardware also supported DirectX 12 Ultimate. Also, since the operating system is based on SteamOS, players can also utilize their favorite mods with games. It also doesn’t hurt that other storefronts like the Epic Games Store are accessible (with founder Tim Sweeney praising Valve’s handheld initiative).

Reservations for the Steam Deck will open soon in limited regions, namely the United States, European Union, Canada and United Kingdom. Consumers must have a Steam account and made a purchase before June 2021. The price starts at $399 for 64 GB eMMC storage and goes up to $649 for the 512 GB NVMe SSD model.
Click to expand...