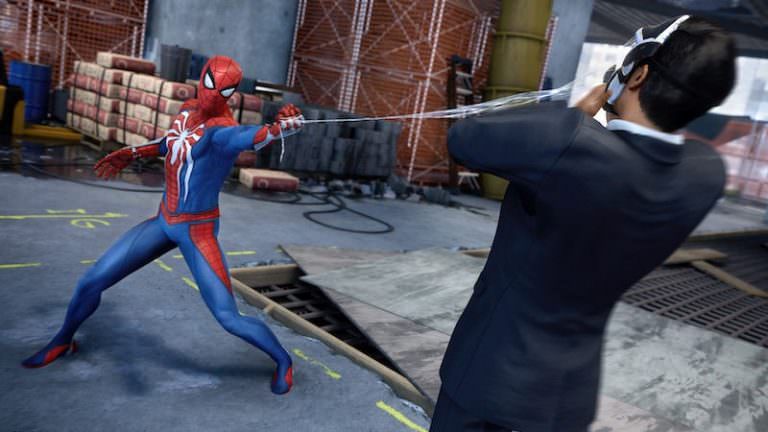 Spider-Man’s had a pretty major presence at San Diego Comic Con this year. Recently a new trailer was released for the game, that revealed characters such as Silver Sable, while also shedding more light on the role other fan-favourites such as Miles Morales and Mary Jane Watson will be playing in the game.


In addition to that, though, even more information has come out on the game, thanks to a long discussion about it during a livestream with game director Bryan Initihar, Marvel Games’ executive director Bill Rosemann, and the actor who will be playing Peter Parker, Yuri Lowenthal.

They spent quite a bit of time talking about Miles Morales and Silver Sable, both of whom had plenty of screen time in the most recent trailer. Miles Morales, as per them, is characterized in the game pretty much how he’s portrayed in the comics- he’s basically a Spidey fan himself, and it’s looking like the game is going to be focusing on the relationship between Miles and Peter pretty strongly, with the latter often having to lean on the former in times of need. Actor Yuri Lowenthal even said that his scenes with Miles Morales were some of his own personal favourites. Another question about Miles was also posed- will he be a playable character? The answer to that, interestingly enough, was “you’ll find out on September 7th.” So that’s not a no, then. Interesting, to say the least.

Moving on to Silver Sable, she’s going to be portrayed by the actor Nichole Elise. Insomniac and Marvel are describing her interactions with Spider-Man as an “interesting and unexpected dynamic”. The Silver Agents, who’re also going to play a pretty important role in the game, hail from the same country as Silver Sable herself, and their design has also been modelled after her.

A fair bit of time during the livestream was also spent on talking about the characterization of Spider-Man a.k.a. Peter Parker himself, which honestly seems to be sticking very close to what we’ve all grown familiar with from the comics (and other media adaptations). While he’s in the suit, Spidey will be more confident and calm, whereas when he’s just regular old Peter Parker, he will be a bit more awkward- as Peter Parker is supposed to be. His voice and the way he talks to people, in fact, will also change depending on whether or not he’s in the suit- but not in all situations, of course. With someone like MJ he will, for obvious reasons, always be Peter Parker.

Speaking of Mary Jane Watson, some time was also spent on talking about the changes that Spider-Man is making to her character. Though Insomniac have been very respectful of the Spider-Man property, having been fans of its for years themselves, they still haven’t been “afraid to mix it up”. As such, in order to give her more agency, her own motivations for the story she will be a major part of, and in order to include her in the story more organically, in the game she’s going to be a reporter for the Daily Bugle. Of course, we’ve also known for some time that she’s going to be a playable character as well, at least in some capacity, so it should be interesting to see how she’s portrayed in the game.

Another thing that was discussed a bit was the recently revealed Velocity Suit. For starters, they said the suit’s name should give us an idea of what unique abilities it will provide- which, yeah, doesn’t really take a genius to figure that part out. More importantly, though, the Velocity Suit was designed with the mindset that it should be authentic to Marvel properties. As such, they brought in Adi Granov to design it. Granov, of course, has been known for designing the new Black Panther suit, as well as his work in the Iron Man movies, not to mention his illustrations for several covers of the Nova comics.

Black Cat was also discussed- the antihero, whose design will closely resemble her design in the comics, but with a modern twist (so, basically like every other character in the game), will be appearing in The City That Never Sleeps, which is going to be the game’s very first DLC. However, hints for the character will also appear in the base game itself, so be on the lookout for that.

Finally, something else that was said that sounds interesting is that there is still “a metric ton” of stuff from the game that Sony haven’t shown yet, and considering just how much stuff we’ve been shown already, that’s pretty big news. It’s looking like the game will still have a lot of surprises to throw at us when it launches. It’s also been described as “huge”.

Spider-Man launches exclusively for the PS4 on September 7.
You must log in or register to reply here.