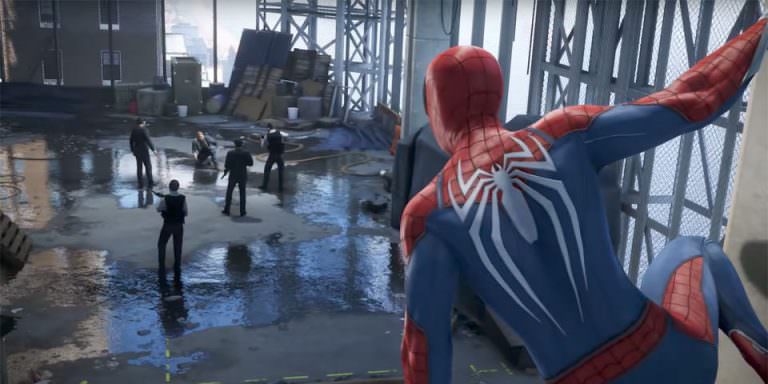 Spider-Man has been at the top of PS4 owners’ wish list ever since it was first announced, and that fact has only become truer and truer with each new piece of information that has been made available since then. Apparently, though, after even more development and polishing by Insomniac, the game’s even better now than it was when we last saw it at Sony’s E3 2017 press event.

Bryan Intihar (the creative director of the game), Bill Rosemann (executive creative director at Marvel Games), and Ryan Penagos (creative executive at Marvel Digital Media) recently recently went on air at Periscope, and spoke about Spider-Man in great detail, talking about everything from how its development is coming along to how new mechanics are constantly being added to the game. Intihar revealed that he’s been play-testing the game at home every weekend, and that it continues to get better and better. Rosemann echoed those statements, saying that the game has developed significantly from E3 to now. He also added that he recently read a script of a scene from the game, and called it “awesome”.

They then went on to discuss what has to be one of the most important aspects of the game- the traversal and the web-slinging. Apparently, the team in charge of the traversal is “very passionate”, and extreme care is being given to make sure that there is a sense of fluidity and seamlessness to the traversal, and that a sense of momentum is always maintained. For instance, when Spider-Man is swinging around and hits a building, he doesn’t bounce off against it, but instead automatically starts running up the wall.

The three of them also confirmed that the game will make sure to abide by Spider-Man’s “no-killing” rule, something that Marvel made sure Insomniac would remain faithful to. So, for instance, while in the middle of combat if you throw an enemy off a building, Spider-Man will automatically throw a web and secure them to make sure they don’t fall.

These are incredibly encouraging things to hear, especially for fans of the Spider-Man property. It definitely sounds like Insomniac are working hard to make sure that the game is a faithful adaptation of the popular and iconic character, with the help and guidance of Marvel.

Spider-Man is due out for the PS4 some time in 2018, though it is currently without a specific release date.
You must log in or register to reply here.