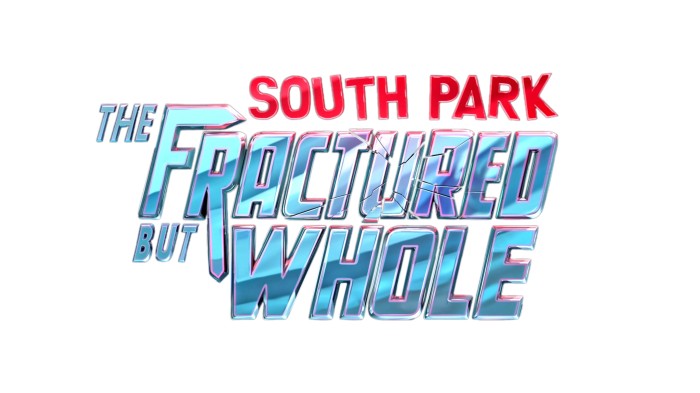 South Park: The fractured But Whole is the sequel to South Park: The Stick of Truth (2014) which uses the visual style of the actual show South Park using a relatively new game engine called snow drop which can be seen in games like The Division. The game sees, you the new guy, the same as the previous installment of the series take on the persona of a super hero in south park to help find a cat with cartman who,s persona is called coon. You then embark on a series of missions as the new guy getting various missions to do with the aid of coon. You get to start of with creating your characters appearance like head dress, top and bottoms with future awards letting you change these. Also it allows you to pick genders which the stick of truth did not allow you to do. As you walk around you can instigate fights with other characters and you get introduced to the villain, Mysterion who leads the group of kids called freedom pals who are direct rivals to coon and friends which is where you hold allegiance.

Te begin with you only have 3 classes available to your character, these basis what type of attacks you can do when in fight mode. Each character has different offensive and defensive attacks in the game and you can upgrade them with a skill point system. The three available are:

As you can see these class types play a small homage to known superheros like the "Flash" or "Thing" to name a few and most special moves are attributed to their class type with some amusing additional super moves. There are a total of 12 classes available in The Fractured But whole listed below.

Fighting in South Park: The Fractured But Whole was a simple enough affair with the system been done one available slots (screenshot below of strip club fight) on the screen. With different strikes with your character effecting a different number of squares in the fighting arena. You can also make new friends along your single player campaign and they become your fight buddies which you can have 3 others in the fight arena with you at anytime which all offer different levels of assistance. You get to adjust these fight "buddies" before any fight and can change them with different ones that suit that particular fight which i found myself doing many times, specially with those that had more defensive than offensive attributes. luckily there are many buddies to find in south park to help you and the coon to victory. 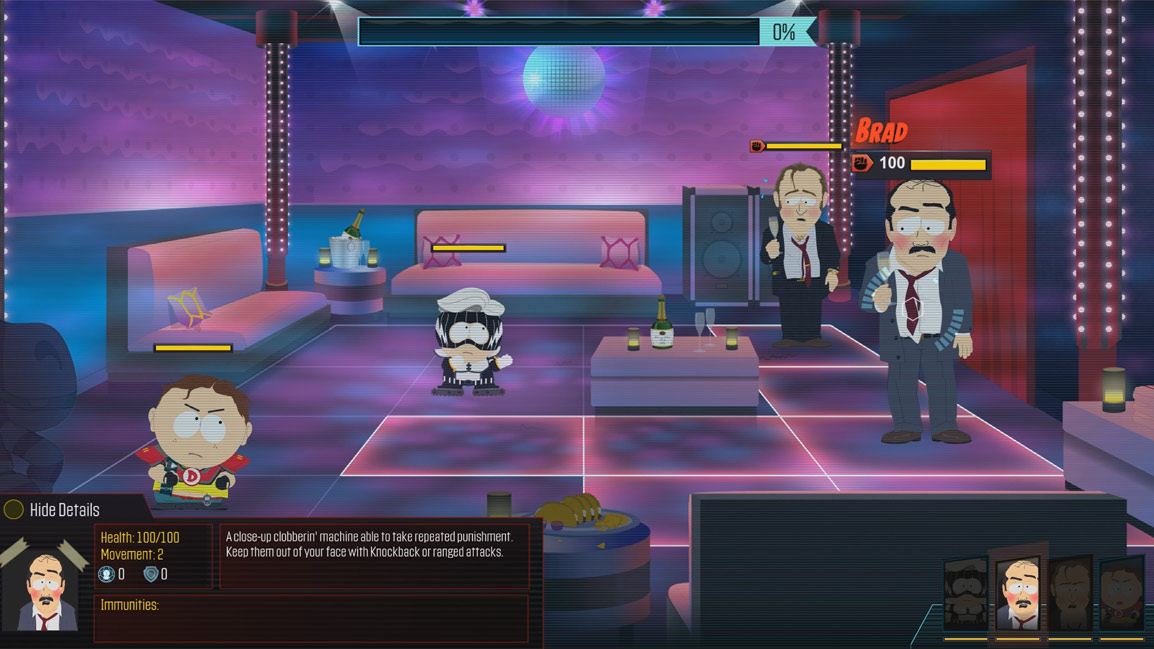 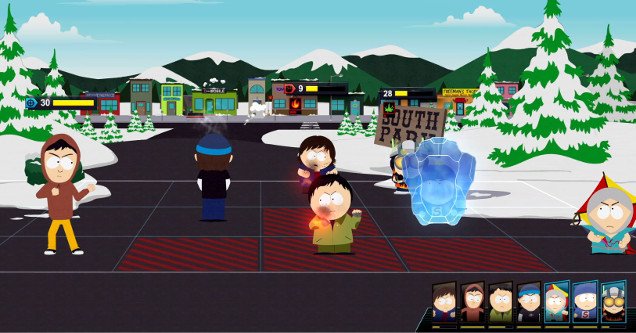 The Gameplay element of south park the fractured but whole is mostly rpg based with seeing you the character scavenge around south park for various materials that you can then craft into other required items that you will need throughout the game with added options of upgrading them. Most areas that you can open to find items are identified with gold/orange handles. Some of the items you find around south park are sure to bring a smile to your face as they did for me. Along the way you get to meet some other characters that can assign tasks to you that can help you gain new awards or new items like the many available costumes in the game you can spruce your superhero up with. The story keeps you interested and the parody of some of the characters is spot on as comedy is a keystone in the south park franchise and the fractured but whole does not disappoint through the story. The idea that it is all pretend play by the kids of south park makes the story fruitful and not afraid to go to many different and imaginary levels that benefit you the player or hinder you as seen with some kids putting down lava to block you at certain sections of south park that actually hurt you if you try pass them in the game

The humor in south park but whole is not as dark as say stick of truth which made reference to nazi's and the like. That's not to say that fractured but whole doesn't walk a fine line with some of the gags in the game which references abortion, strip clubs etc. The humor in the game is straight up south park however so it's to expected and delivers. The fact you use farts and special moves that poke fun at real life points to what makes south park what it is today. The one liners in the scripts of the many character in fractured but whole are hilarious and found myself laughing a lot of the time enjoying the game as if it was just a series of south park and i was able to direct it's progress. You get small mini type game sin the game that are more of a funny nature than the usual play missions of the game like using the toilet of each house that is openly available to you scoring XP for basically taking a crap differently in each one. (See pic below) 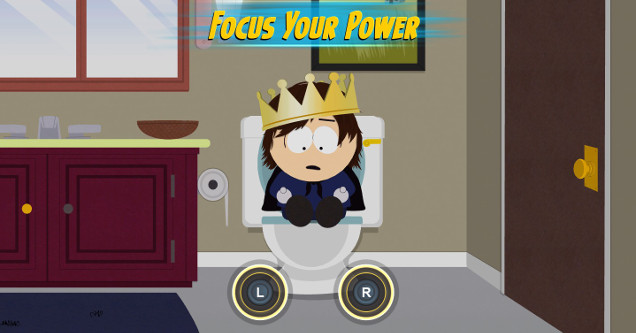 South Park: The Fractured But Whole delivers in many things and if you're a south park fan, you will love this new edition to the south park franchise. I found the game a joy to play and the game kept me wanting more and it kept delivering with off the shelf parody moments with strippers and cops and many more that just played out perfectly to the story and just was a blast to play. While it was disappointing that it had no multiplayer, i hope if there is another installment, they can add it as it would be fun to play with friends. An added bonus to purchasing The Fractured But Whole, you get the stick of truth, the previous title free of charge, so if you haven't played it, it's a great incentive to play both. The fractured but whole was a pleasure to play and an enjoyable title in the series!