Sonic Forces New Trailer Shows Off Tag Team Gameplay
Now you, too, can run alongside Sonic. 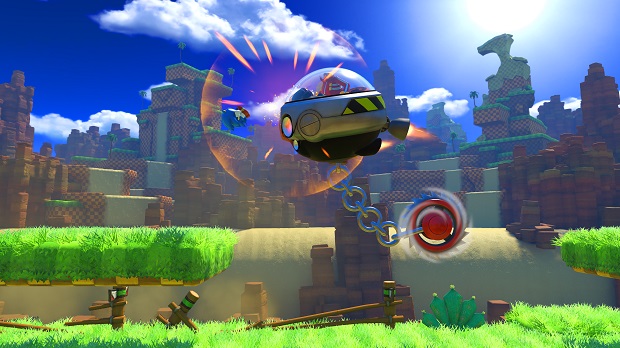 Sonic Mania may be a triumph, and a return to form for Sega’s blue blur mascot, but there is another Sonic game due for release this year- Sonic Forces, a brand new 3D Sonic game from Sonic Team, trying to iterate upon the Sonic Generations style of play that made that game the most beloved of all 3D Sonictitles.

Today was a big day for everyone looking forward to that game- we learned that the Japanese release date for the title is November 9, and we also got a brand new trailer for it, which shows us some Tag Team gameplay, allowing players to use their custom characters to accompany Sonic.

Sonic Forces takes cues from several Sonic games, including the multiple playstyles from Generations and the wisps from Sonic Colors. It is due out later this year (a western release date remains unconfirmed for now) for PS4, Xbox One, Nintendo Switch, and PC.