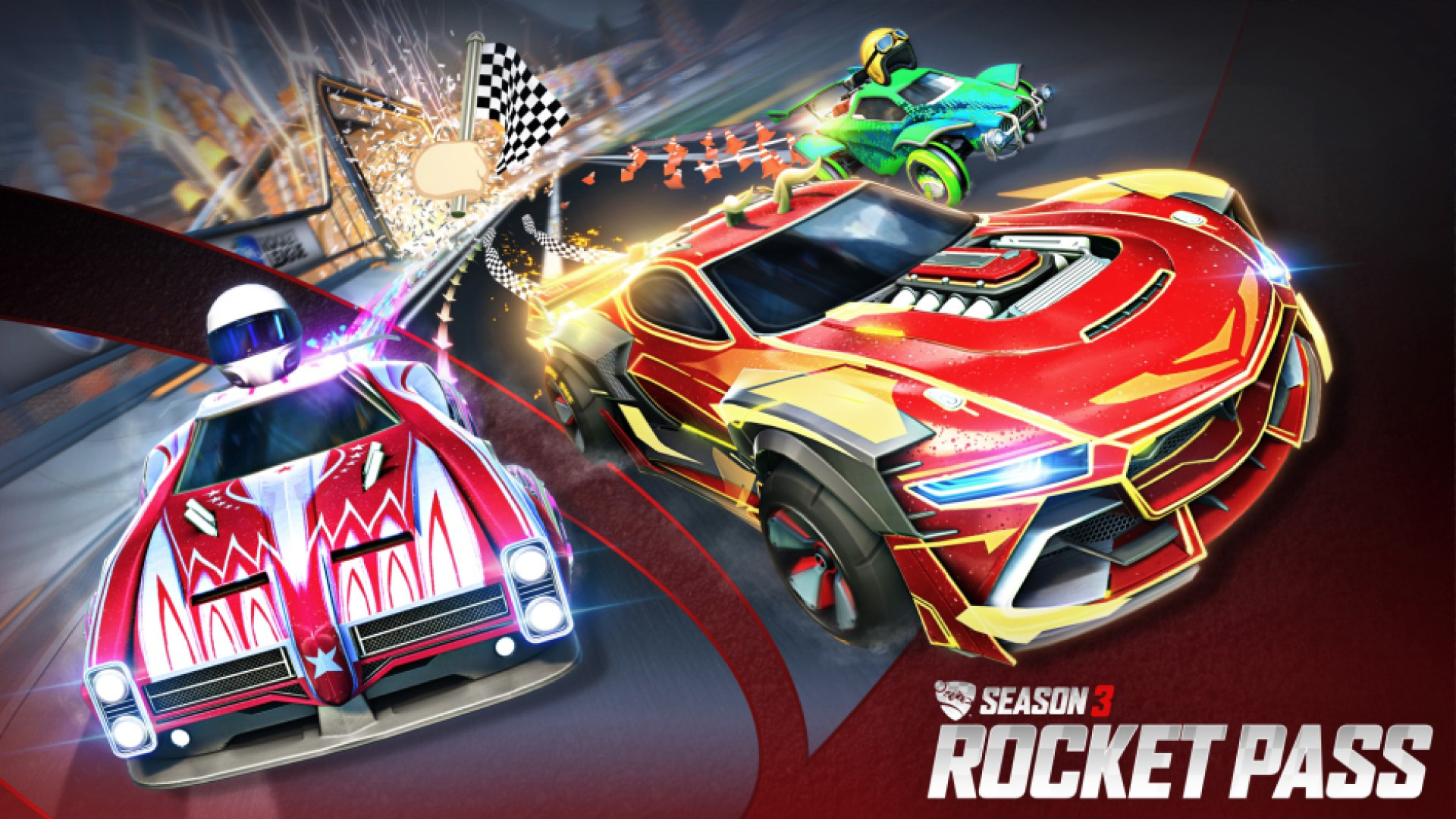 Start your engines because Season 3 is speeding into Rocket League! This new season is bringing high-octane content, like an all-new Rocket Pass, new Arena variant, and the arrival of two titans of the track, NASCAR and Formula 1!

NASCAR and Formula 1 Coming in May
Since Season 3 is celebrating the art of auto racing, we had to bring in two legends that practically perfected speed. NASCAR and Formula 1 are both coming to Rocket League with their own bundles later this season in May. Check out the first look at the upcoming cars in the Season 3 trailer above and be on the lookout for more info as we get closer to NASCAR’s release in early May and F1 later that month.

New Rocket Pass Incoming
Season 3 is also launching with a new Rocket Pass. Rocket League needed a new car to compete with the redlines of NASCAR and Formula 1, so our engineers have been hard at work in the garage fine tuning and test driving a speed demon of our own. Check out the newest car, Tyranno, as it sets the pace for the new season.

Unlock Tyranno immediately with Rocket Pass Premium, plus gain access to 70+ Tiers of all-new items, extra Weekly and Season Challenges, and an XP Boost! How far will you go?

DFH Stadium (Circuit) Awaits
The latest Arena variant is ready for soccar! DFH Stadium (Circut) celebrates the sights and sounds of race day. Check it out in the Ranked rotation and Private Matches right now!


Season 3 is live now in Rocket League, so hit the gas and speed your way to victory!
Click to expand...