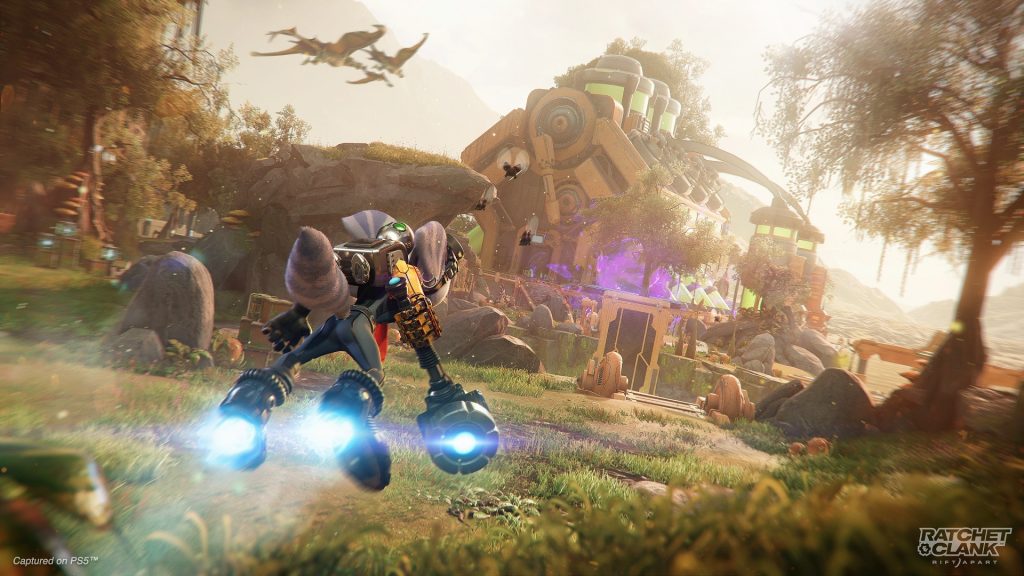 The latest title in the series sees Ratchet and Clank joined by Rivet as they hop across dimensions to try and stop Dr. Nefarious.​

Insomniac Games’ Ratchet and Clank: Rift Apart launched recently and has been doing fairly well. On top of a strong debut in the UK charts, becoming the second biggest launch in the series’ history for the region, it’s also earned heaps of accolades from critics. A new trailer has been released that highlights some of that praise – check it out below.

Ratchet and Clank: Rift Apart tells a brand new story which sees Dr. Nefarious stealing the Dimensionator from the duo. When things go awry, Ratchet is separated from Clank and has to navigate a dimension where Nefarious has his own evil empire. Meanwhile, a new Lombax named Rivet is introduced and leads the resistance to try and stop Nefarious.

Along with several new planets and weapons, the title also introduces rifts – along with using them for short-range traversal, they also allow Ratchet and Clank to venture through several different dimensions within seconds. Pocket Dimensions are also created, leading to interesting side areas and challenges.