Having played the Alpha and Beta of Rainbow Six Siege, I was already aware of a lot of it's features and gameplay elements that the game offered but not all of them until i played the full game, so i was waiting to get my hands on the full game to let you all know what's good or bad in the new Tom Clancy offering from Ubisoft. In rainbow six siege you take command of team rainbow that has you selecting a team of the most elite anti-terrorist force from around the world, FBI , SAS, GCOG etc. In rain bow Six Siege, these are called operators and each team of operators has their own speciality weapons and gadgets for you to use. These can range from electric jammers to advanced rockets or specific intrusion grenades that can help whether you're defending or attacking the objective. The objective can be multiple types of specific type missions from having to rescue hostages to disarming a explosive device(s) from within the building or structure. 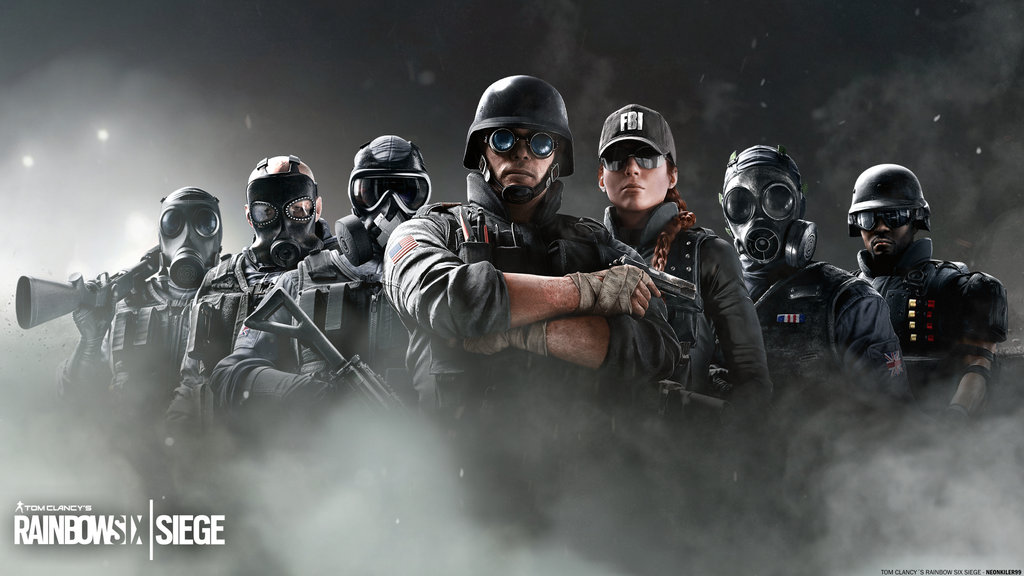 Once a hostage is with you, you're limited to a pistol (Seen below) 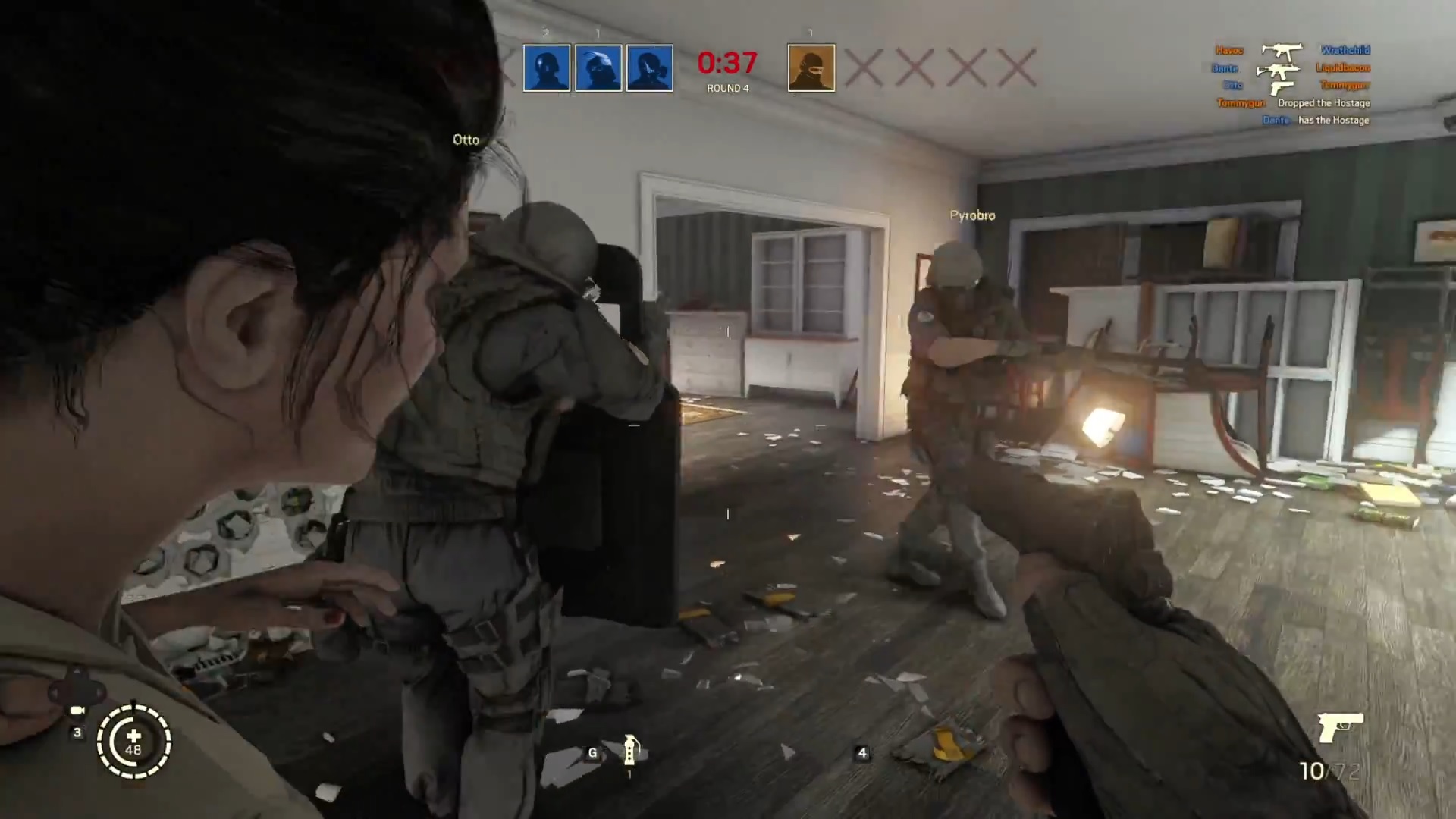 The maps or Building areas offer lots of different ways for your team to infiltrate the area you must enter with your team or defend it from an attacking force. These areas can be anything from embassy's or even a hi-jacked planes which is pretty big and each area offers a ton of different ways to enter to not have a stagnant gameplay model where they could just wait in one section for you to show up. When you're defending the area, you have a specific time to barricade and fortify you and your team or hostage in the area before the attackers come looking for you, they can deploy mini drones that can be controlled remotely and they can use them to pinpoint objectives or enemies that will show them up on screen for a limited time. Some fortifications are stronger than others and depending on the operator can be easily circumvented or hard to get past without having valuable time to set up an incursion. Some operators have better gadgets than others but get balanced out by other scenarios and this is why it is imperative that you have a picked a good team before you enter the area. This also means light arms fire can shred through weak walls so it's imperative that you keep well shielded coming up against a foe in the game, which only benefits the learning curve and makes rainbow six siege a real PTFO game forcing you to play the objective. There was some issues with team killing but players are penalized for doing so getting locked out for 8 minutes at a time but this will be changed with latest patch due today.


A major change to many clancy games before it has been the introduction of destructible environments (see robs video above) and these new physics play a major role in Rainbow Six siege from the very get go as you will find out pretty early in the game. You can use the butt of your gun to make a hole in a weak wall and poke your barrel through it to shoot unaware enemies or keep a watchful eye as you attempt to defend a certain room or area, pigeon hole if you will. Enemies can also use the destruction to their benefit when they're attacking to blast their way through walls that have not been fortified that will set out a blast that blind you temp while they come in shooting or deploying flash bangs etc.

Rainbow Six Siege is by it's very definition a multiplayer title that offers room for ubisoft adding a lot more hostage/terrorist situations in future patches and improving it's already line of multiplayer and co-op features like the co-op mode Terrorist hunt that has you and a friend going into a area with a lot of AI controlled enemies. This can be fun with your friends but can get old quick enough, and while it's a great addition, i think the AI could have been better when it comes to the enemies in terrorist hunt, like them actually frequently moving around the house/area that you're attacking, to make it more random than just popping them in random rooms were they just lie and wait. The shooting in Rainbow six siege can be a little awkward if you came from another FPS specially earlier on as the gun have a lot of kickback while shooting so definately need to get them stabilizers additions quick to curb that kick. Hopefully there will be more operators added to Rainbow Six siege in the future that add more gameplay elements.


Final Verdict:
Rainbow Six siege has the potential to be a great online team based shooter that could become a great title for eSport tournaments and for Clan and Group based events online on whatever platform they play on. The weapons, the operators are all well balanced at the moment and that is a great thing. It does lack in various areas that could be improved on from graphics to AI and i would like to see more content in the weapons area, like more primary weapons and secondary pistols, not so much more gadgets as they're fine at present. Rainbow Six Siege is a fantastic title and can only get better and i'm looking forward to seeing what's coming in the future to this Tom Clancy title.