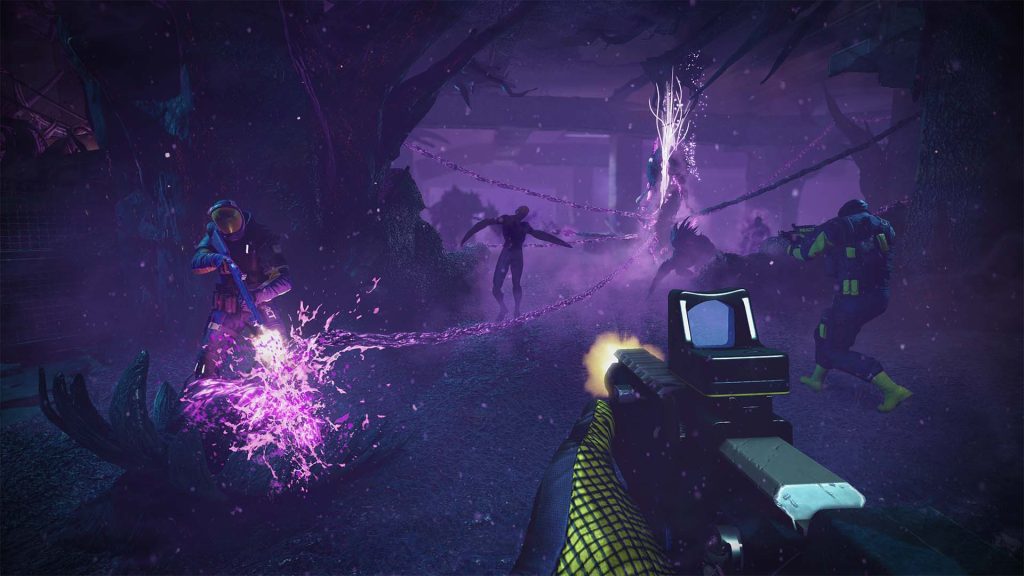 Fight through the toxic haze, dealing with hallucinations and vision problems, to destroy the Toxic Tree in this new limited-time event.​

Rainbow Six Extraction has received its newest limited-time Crisis Event in Nightmare Fog. Available until June 2nd, the event sees players venturing into a toxic haze to destroy the Toxic Tree. Check out the trailers below to see it in action.

While it looks like overly trippy purple smoke, prolonged exposure to the haze will raise an Operator’s neurotoxin levels. Upon crossing the 30 percent threshold, your character will start hallucinating and seeing fake Archaeans, making it tougher to discern the real ones. Past 65 percent, you’ll suffer motion blur, distorted vision and tunnel vision.

At 100 percent, you’ll start taking health damage so you’ll need to be quick and complete objectives in each of the three sub-zones. The Rush Pistol is introduced with this event and involves firing Stims at yourself or your teammates for a temporary boost to speed and invulnerability. Only two Stims are provided though so keep that in mind.