RAGE 2: Rise of the Ghosts Releases on September 26th 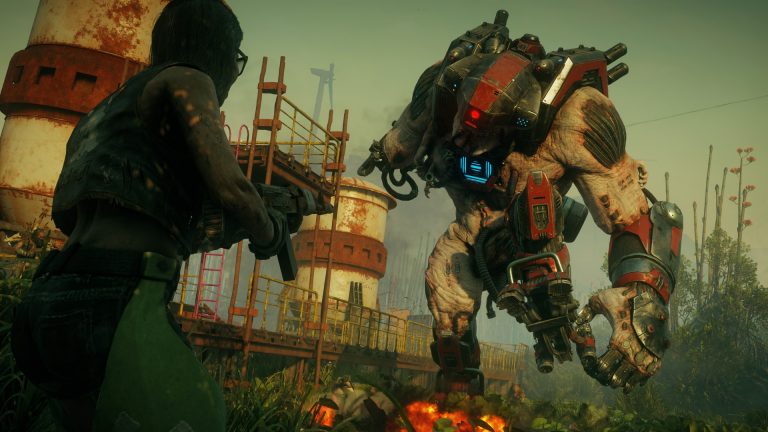 Despite the somewhat mixed critical reception it received, Avalanche Studios and id Software continue to support RAGE 2. Its paid expansion Rise of the Ghosts is confirmed to launch on September 26th and will feature a new enemy faction to fight. These are the Ghosts who went into seclusion after the Authority Wars.

As it turns out, the Ghosts chose to follow a woman named Iris and have received nanotrite abilities in return. Walker will have to travel to the new Overgrown City to stop the now-rallied faction and will have some new tools to help. Along with the Feltrite Laser Launcher, he’ll also have a new ability called Void.

There’s also the new Ghost Motorcycle, which can be discovered in the Overgrown City and added to the Garage. Costing $15 or 1,500 RAGE Coins, Rise of the Ghosts is also included with the Digital Deluxe Edition. Upgrade for $20 and you can receive a progress booster, the BFG 9000 from DOOM, Wasteland Wizard Cheat Codes and Rise of the Ghosts.
You must log in or register to reply here.
Share:
Facebook Twitter Reddit Pinterest Tumblr WhatsApp Email Link