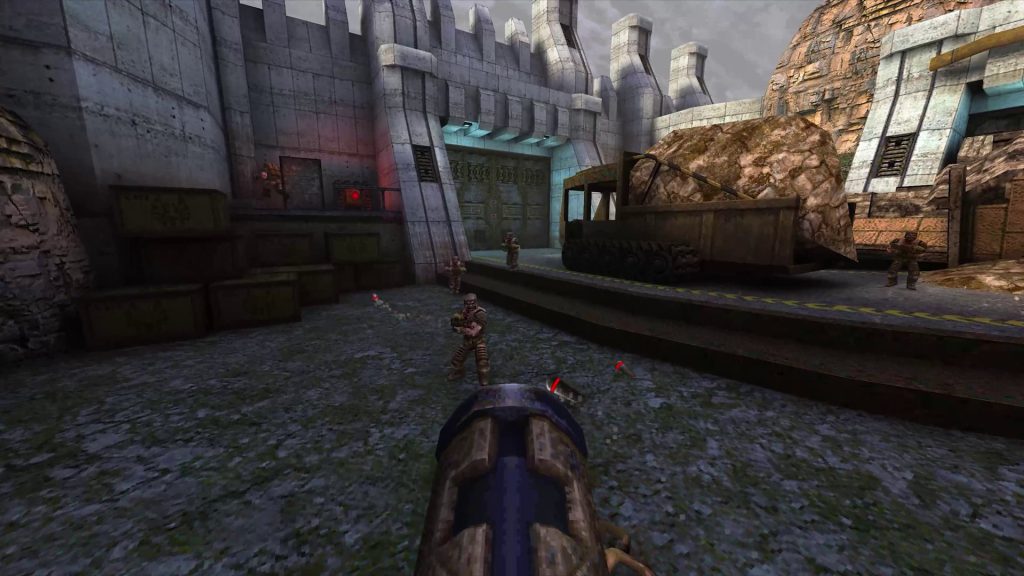 A new update for Quake's recent expanded re-release has added 4K and 120 FPS support to the game on current-gen machines.​

A couple of months ago, Bethesda celebrated Quake’s 25th anniversary by releasing a remastered and expanded version of the original game in the series, which included the base game, both of its expansions, and two brand-new expansions developed by Wolfenstein studio MachineGames. Though it originally did not see native releases on PS5 and Xbox Series X/S, that’s no longer the case.

Bethesda has announced that the game is now natively available on PS5 and Xbox Series X/S as well, with support for 4K and 120 FPS on both consoles. Xbox players also get Play Anywhere support, while the PS5 version includes support for the DualSense’s unique features. Additionally, Bethesda also confirms that while you can carry over your save data across the game’s Xbox One and Xbox Series X/S versions, cross-save isn’t available on PlayStation.