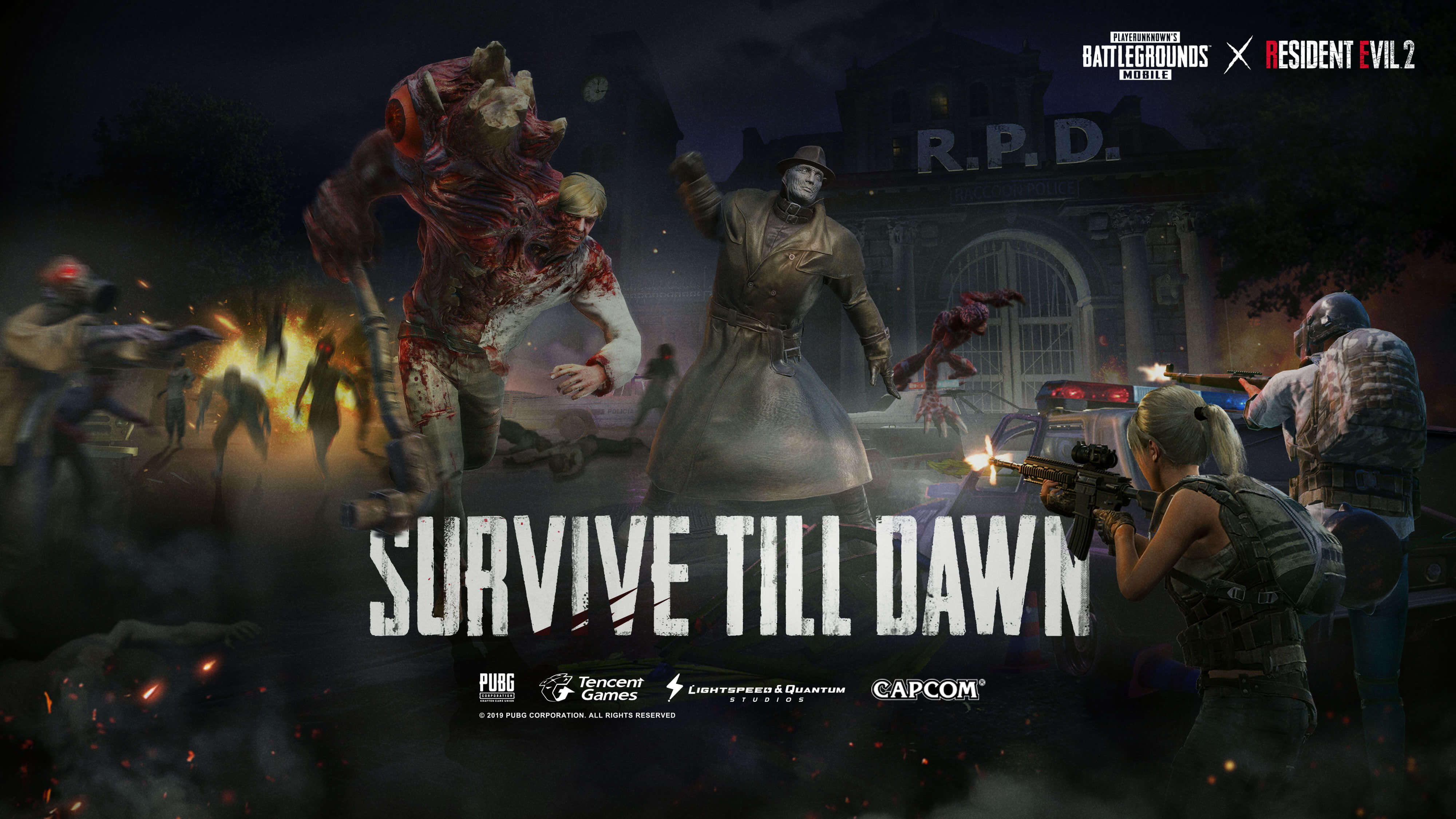 Quick, what’s one of the most improbable gaming crossovers can you think of that can/might happen this year? If you somehow snuck in Resident Evil 2 in there somewhere, you’re right! PUBG Mobile is crossing over with Capcom’s Resident Evil 2 (well, Resident Evil 2 Remake, to be precise), and it looks insane!

The PUBG Mobile X Resident Evil 2 event is part of PUBG Mobile’s 0.11.0 update! You can check out the full patch notes below (via PUBG Mobile):

– Added Zombie: Survive Till Dawn, a new event mode that is here for a limited time only. Fight to survive as usual on Erangel, but zombies and bosses from Resident Evil 2 will also spawn on the map! Kill them to get resources and items.

– Added player Spaces, where player information and Connections are displayed. Select a friend with Synergy 400 or above as Partner to stand by your side in your Space!

– Anniversary items are on sale while quantities last!

– Character image and Connections are now visible on profile.

– Some houses in Vikendi have been redesigned.

– Past results are now kept up to 1 month. Older data will be cleared.

– Fixed terrain display bugs for budget devices.
You must log in or register to reply here.