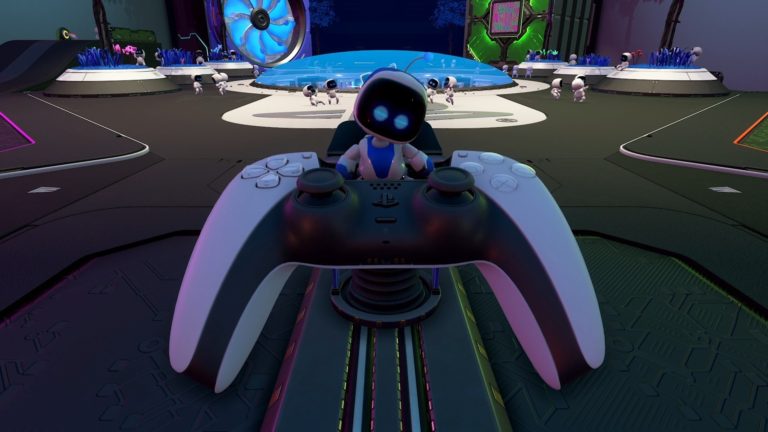 As promised, Geoff Keighley showcased hands-on gameplay with the DualSense by playing Astro’s Playroom on the PS5. Bundled with each system, the game has been described as “multi-hour” and not a mere tech demo. You can check out the gameplay below.

Keighley also talked about the overall size and feel of the DualSense. While it’s larger than the PS4 controller (check out the comparison below), the weight isn’t that much higher, instead packing more “heft”. The integrated speaker was also showcased, emitting sounds when passing through sandstorms or walking across ice. Keighley also talked about using a robot with a spring would cause tension in the adaptive triggers.

It’s short but still an interesting look at what the DualSense is capable of and how Astro’s Playroom will leverage that. The platforming looks pretty solid overall and it should be interesting to see more gameplay. The PS5 launches this holiday season – stay tuned for more details in the meantime.