PlayStation Plus: Free Games for July 2018 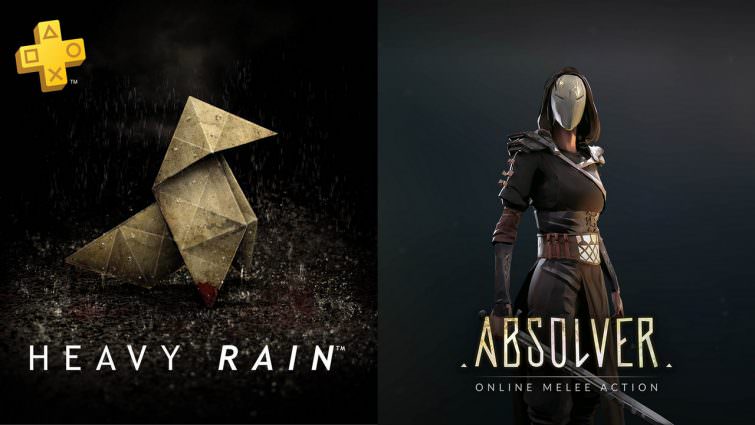 July is almost here and summer is in full swing, so let’s take a look at the July lineup for PS Plus members.

Now onto games for July!

First up, we have Heavy Rain. Experience the gripping psychological thriller that is filled with innumerable twists and turns. Spanning four days, hunt a murderer known only as the Origami Killer – named after the calling card they leave behind at crime scenes. Four characters, each following their own leads and with their own motives, must take part in a desperate attempt to prevent the killer from claiming a new victim. How this story ends is entirely up to you.


Next is the intense fighting game, Absolver. Go behind the mask of this customizable and fluid martial arts-focused action game. Players can build combinations of strikes, parries, and feints to make their own unique fighting style, all while exploring a dynamic world with dedicated PvP and PvE areas.

PlayStation Now
As if that wasn’t enough gaming goodness, we also have an extra special PlayStation Now promotion running for a limited time, exclusively for Plus members. Between now and September 25, PS Plus members who join PS Now–or extend their current paid subscription–will get 3 months of PS Now access for just $29.99 (normal price for 3 months–$44.99). This PS Plus-exclusive discount will let you play PS Now’s collection of 650+ PS4, PS3, and PS2 games for one low price*.