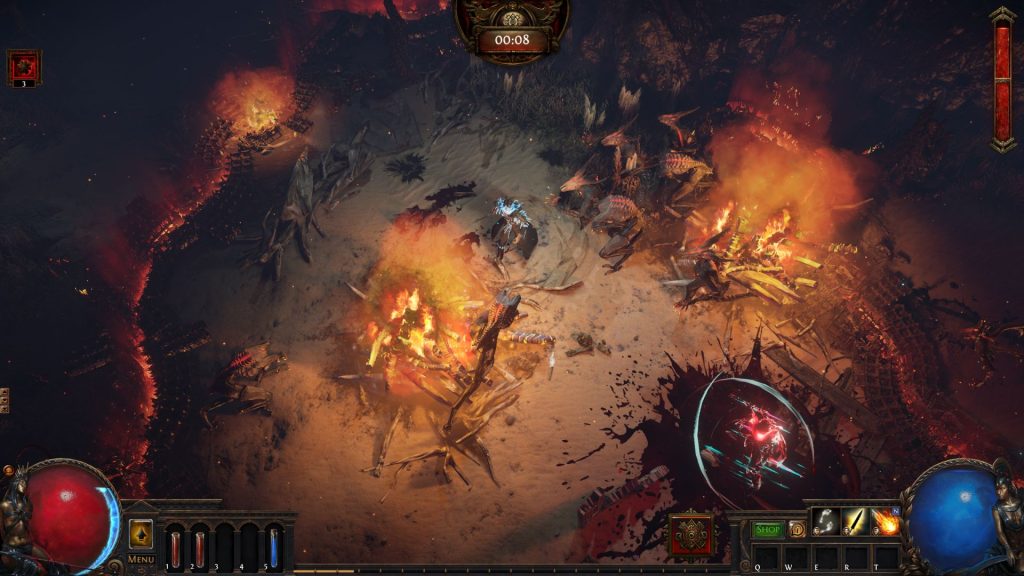 Fill the Blood Crucible and shift into an alternate Wraeclast to battle the Scourge. Corrupt items, including uniques, for powerful benefits.​

The next Path of Exile league, Scourge, has been revealed. It goes live on October 22nd for PC and October 27th on consoles, and sees an apocalyptic event taking place in an alternate Wraeclast. Accessing it requires players to slay foes and fill the Blood Crucible, after which they can shift into this realm to battle the Scourge. Slaying more enemies means more time. Check it out below.

The trade-off is that spending more time in this realm will cause you to take more damage over time. However, if you place an item in the Crucible and then kill Scourge, it will absorb their corruption and modify the item with new Scourged Modifiers. While one may be detrimental for your build, the other can be extremely powerful. The best part is that it can modified again if you don’t like the current mods.

Over time, you’ll upgrade the Crucible to have more slots for items, transforming Uniques, and much more. There’s also the Dream Furnace which allows for placing Maps in the Crucible and corrupting them into a Scourged versions that will change the league’s mechanics. New Skill Gems include a Tornado fueled by one’s projectiles; Energy Blade, which converts energy shield into, well, Energy Blades; and Temporal Rift, which provides immunity to Temporal Chains and effectively rewinds you to an earlier point of time.

The Atlas of Worlds is also being changed with regions being reduced from 8 to four and the number of Watchstones going from 32 to 16 required. There are now 100 maps in total (including uniques) though a major overhaul is slated for early next year with the 3.17 expansion. Check out the full livestream for Scourge below to learn about all of the changes.