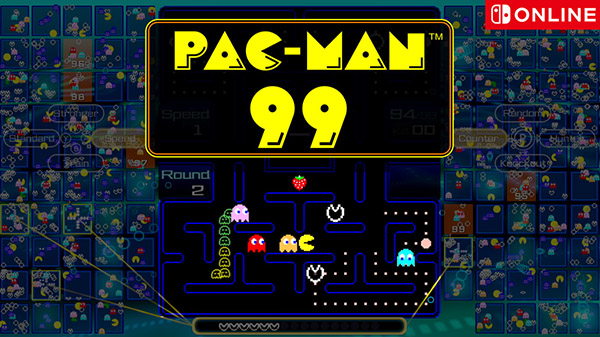 Tetris 99 was one of the most interesting surprises of the last few years. The game took the concept of Tetris and put it in an unlikely battle royale context of multiple people playing with the goal of winning and tripping up everyone else to do so. It was a unique take on the genre and franchise, and one Nintendo emulated with the now delisted Super Mario 35. In the place of that, another iconic character has risen up in its place.

Today Nintendo announced Pac-Man 99. The game is similar in style to the games mentioned above as it has 99 players playing a game of Pac-Man with the last one standing being the “Pac-One” winner. The rules are similar to the regular game, but with the competitive multiplayer twist that sees you sending ghosts you eat to other players. You can check out the announcement trailer below for an idea of what to expect.