Overwatch 2 – Junker Queen Nerfs, DPS Buffs, and Much More Detailed Ahead of Launch 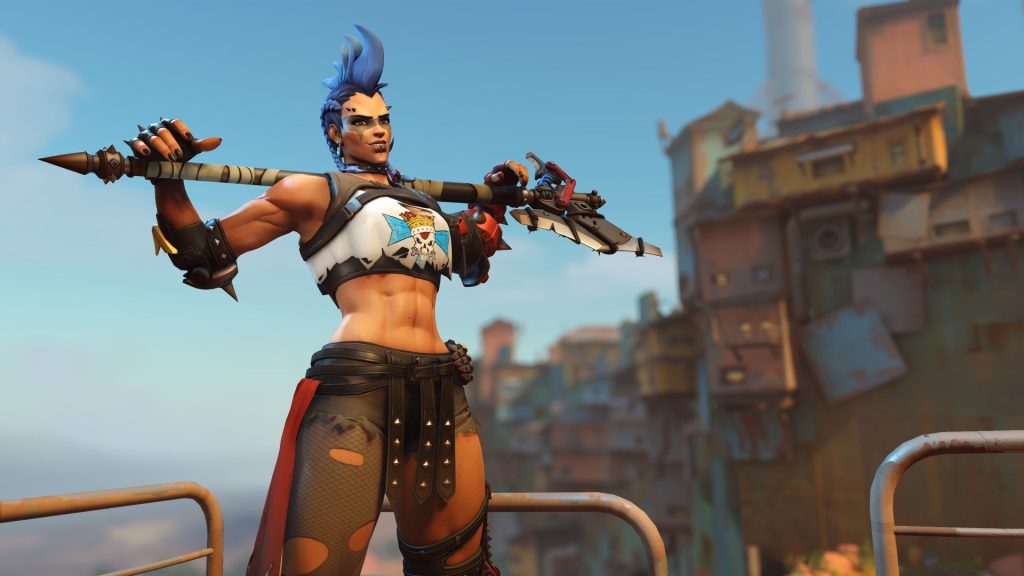 The launch of Overwatch 2 is just a few weeks away, but Blizzard Entertainment has been gathering ample feedback from its second beta and the esports scene. It’s revealed a list of changes, both buffs and nerfs, that will be available when the game launches on October 4th. These will be in effect during the Overwatch League’s Countdown Cup beginning on September 22nd.

First off, the Junker Queen is seeing several nerfs to Commanding Shout. The bonus health provided to allies is reduced from 100 to 50 HP and now lasts three seconds instead of five. However, the temporary health won’t decay over this time. The cooldown is now 15 seconds instead of 11.

Changes are also coming to the Ultimate charge granted when damaging a target with temporary health. You’ll now receive 50 reduced Ult charge as opposed to zero, so one is encouraged to burn through temporary health instead of waiting for it to end.

Previously, only DPS heroes would refund up to 30 percent Ult charge on swapping heroes. This now applies to all heroes. To compensate, damage dealers gain a new passive where eliminations grant 25 per cent increased reload and movement speed for 2.5 seconds. It doesn’t stack, but can be refreshed.

Along with these changes are several buffs to Orisa, Baptiste, D.Va, and Bastion. Check them out below. Overwatch 2 launches on October 4th for Xbox One, PS4, PS5, PC, Nintendo Switch, and Xbox Series X/S.

The second public Beta brought with it an abundance of hero performance data. This, along with player feedback from the broader community and professional players, has been instrumental in defining the hero balance landscape at launch. Informed by this data and feedback, the Hero Design team has mapped out some balance updates that players from the Beta will recognize as changed from the end of our second public Beta test earlier this year. You’ll have an opportunity to see most of these changes in action first during the next Overwatch League tournament cycle, the Countdown Cup, starting on September 22nd. Until then, let’s dive into a preview of what to expect on October 4th.

Based on data and feedback received from beta testing and (more recently) from observing professional play, we believe the temporary health granted by Junker Queen’s Shout ability has proven too strong overall and enabled a dominating team composition at the very upper ranks of play. Reducing the health gain and duration while increasing the ability’s cooldown are intended to reduce the overall power of this ability and make its use more deliberate and less forgiving.

We’ll continue to monitor Junker Queen’s performance and win-rate, as well as broader player sentiment in the weeks following launch.

Temporary health not giving ultimate charge added a lot of hidden strength to its effect, reducing consequences for riskier decisions and playstyles. This is particularly effective in instances where you can grant temporary health to other players. For the players doling out the damage, doing significant damage but gaining no ultimate charge can be particularly frustrating and unrewarding. With this change, our goal is to preserve some of the advantages granted by temporary health while adding a reward for players who contribute to their teams through damage dealt.

Upon announcing the change for up to 30% ultimate power to transfer when swapping DPS heroes, we saw a lot of feedback asking why that wasn’t a broader change for all heroes. After continued testing, we agree, and are making a change so the entire roster should have access to as we launch.

Of course, that means the DPS role once again finds itself without a role passive. So along with this change, we’re introducing a new passive to DPS that increases their movement speed and reload speed by 25% for a brief window after getting an elimination. We believe that this change is the right balance of rewarding players who perform well in the Damage role without being overpowered. However, in future seasons, we may continue to experiment with what these passives do as we look to shake up the meta regularly.

For a hero rework that has been lauded as fun to play, hard to kill, and particularly potent for an in-your-face Tank playstyle, Orisa continues to be a challenging hero to balance, with one of the lowest win-rates in the game. Giving a hero more health is a reliable solution and increasing the frequency of her Energy Javelin should keep her feeling active and more effective as she charges down the front line.

D.Va has been slightly underperforming in comparison to other tanks in 5v5. Increasing the damage on Boosters impact will add more weight to that “rush-in” moment for her, leaning into her strengths as a fast-moving engager who can push deep into the enemy lines.

Even with the removal of stun from her Shield Bash, Brigitte continues to be very strong in 5v5, especially in team compositions that take full advantage of the passive healing provided by Inspire. This change doesn’t affect Brigitte’s raw healing per second, however it should make her overall effectiveness less generous in situations where she’s unable to reapply Inspire.

Mercy’s beta change allowing her to Guardian Angel cancel and boost where she is looking added a substantial amount of flexibility to her movement. However, boosting upward was difficult for many players, given that they needed to quickly look up before activating and then look down again to survey the battlefield. To address this, the Crouch input will now launch her upwards regardless of her facing direction. In addition, Crouch will also activate Angelic Descent while in the air, similar to jump. This adds a much-needed quality of life improvement when performing the vertical boost with Crouch.

Since introducing the newly upgraded Bastion, we’ve tracked a general sentiment about his new kit being a bit too potent, particularly when in Sentry form. To address this previous concern, we removed the Ironclad passive with a goal of reigning in that perceived power. Now that we’ve had more time and game data to evaluate, we believe that returning the Ironclad passive will not push him over the edge.

The duration of Hack’s ability lockout often goes unnoticed, unless it’s being used as an active interrupt. While we’re not looking to go back to previous lockout numbers, we do want Sombra to have slightly more time to feel as though the ability is effective. This change stays in line with our goals for less crowd control abilities in Overwatch 2, and we’ll continue to closely monitor performance data and player feedback to ensure that this remains the case.
Click to expand...