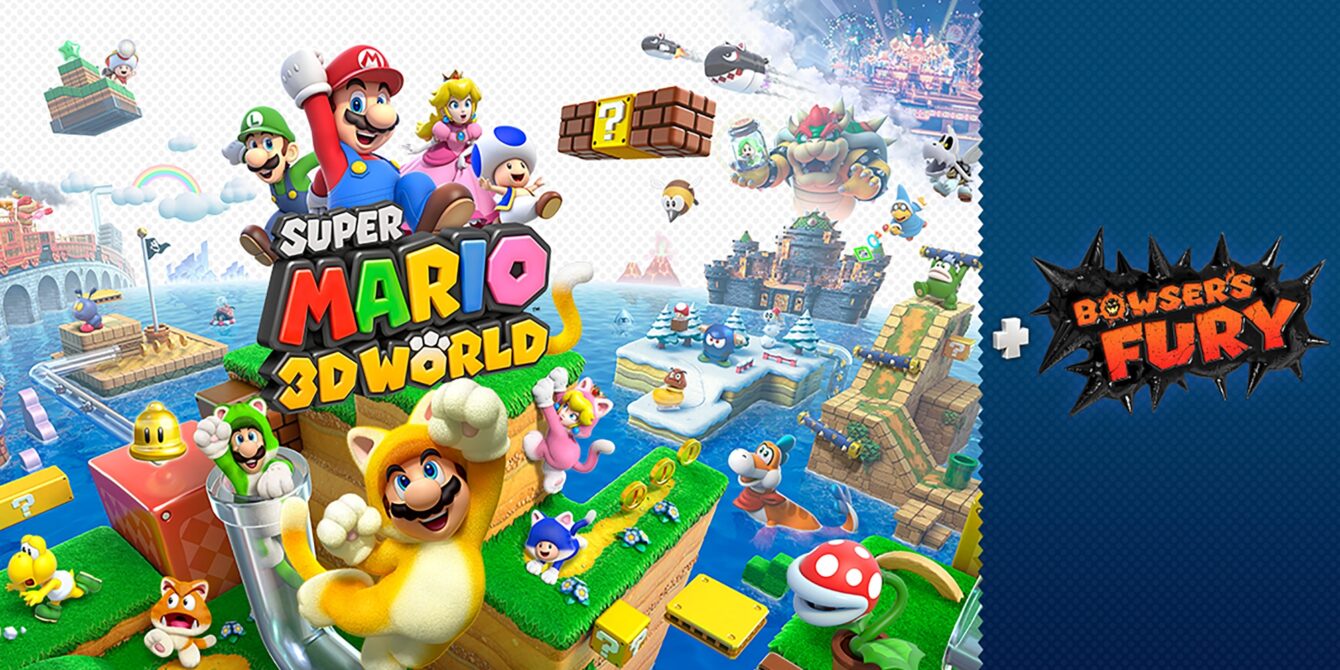 Nintendo’s UK website shared some more details on the story behind the new Bowser’s Fury mode in the upcoming port of Super Mario 3D World for the Nintendo Switch.

Nintendo UK stated that Bowser has actually become tainted by a “mysterious black goop.” This requires Mario and Bowser Jr. to go from island to island on Lake Lapcat (which is a fantastic name). The cat shines the team collects will power them to stop this new Bowser.

Here is some more information from Nintendo’s UK website: “Something bad has happened to Bowser. He’s been tainted by a mysterious black goop, turning him into a humongous monster bent on total destruction! It’s up to Mario and an unlikely companion to travel across a series of islands on Lake Lapcat, collect the mysterious Cat Shines by completing different platforming challenges, and harness their power to stop the terrifying Fury Bowser.”

Nintendo continues on and states that Bowser Jr. will join Mario and “copy all of his moves, helping him take out enemies.” A second player can also grab a Joy-Con and take control of Bowser Jr. themselves.

Finally, Nintendo concludes the post by stated that once the player has collected all of the Cat Shines, they will transform into Giga Cat Mario and have the opportunity to challenge Bowser. It states: “While you can wait out the devastation, you aren’t entirely helpless. If you’ve collected five Cat Shines on an island, it’s time to activate the awesome power of the Giga Bell! This gargantuan Super Bell transforms Mario into Giga Cat Mario, meaning he can fight Fury Bowser in a truly titanic tussle.”

Nintendo does mention that more islands will be unlocked after defeating the foe, but he will soon return. The post continued: “Defeat Fury Bowser in your massive feline form and he’ll be sent flying back into the water, unlocking new islands for you to explore. Don’t spend too long celebrating your victory, as he’ll be back…”