Next Week on Xbox: New Games for December 3 to 6 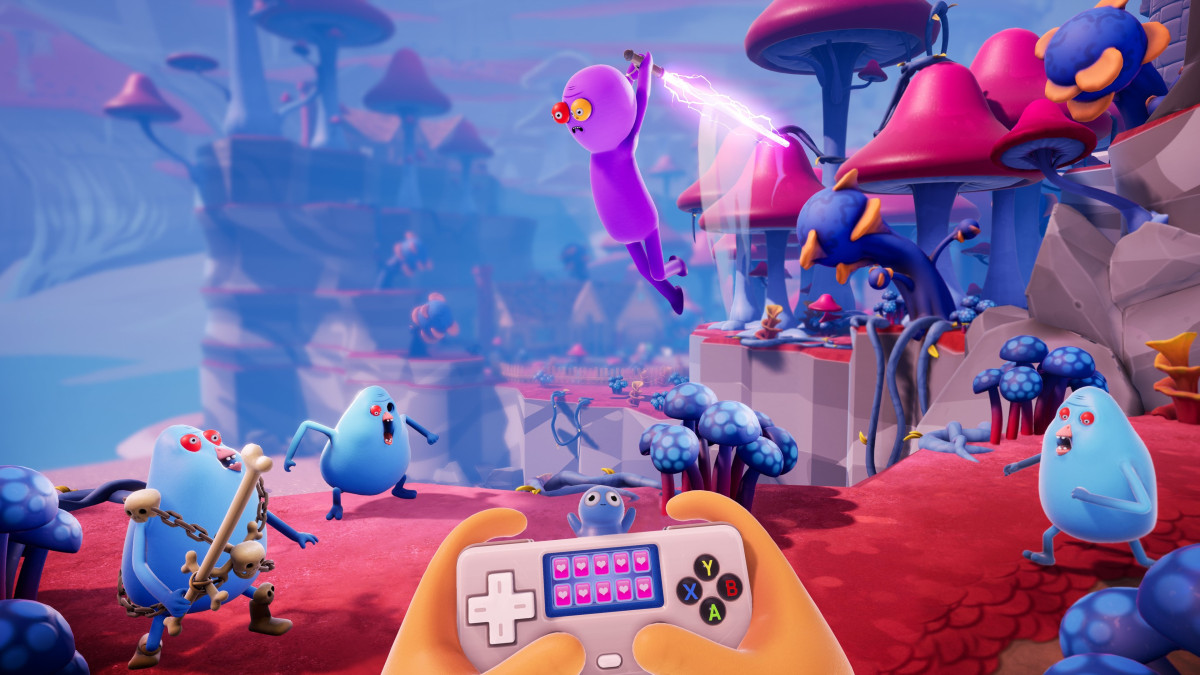 
Slink through the shadows as a deadly half-elven rogue, wield fearsome magics as a powerful gnomish sorcerer, vanquish your foes as an armor-clad dwarven paladin… whatever hero you create, incredible adventures await in the remastered Dungeons & Dragons classic Neverwinter Nights: Enhanced Edition.


After a tragic incident, brothers Sean and Daniel Diaz run away from home. Fearing the police, and dealing with Daniel’s new telekinetic power, the boys head to Mexico. Each stop on their journey brings new friends and new challenges. Xbox Game Pass members can play Life is Strange 2: Episode 1 through 4.


The owners of various apartments have left their homes in your hands: all they’ve given you is a blueprint of how their place should look. Cooperate with your friends to complete the task or make a mess trying in this intensely fun couch co-op game for up to four players about home renovation and work your way to the top of a skyscraper in need of some work.


Set out on an emotional journey through the bittersweet lives of two people where memories come alive and time bends to their will. Lose yourself in moments of happiness and overcome every hardship as you relive their life’s story.


Xbox One X Enhanced / Xbox Game Pass for Console / Xbox Game Pass for PC / Steam: In 2552, the Covenant discovered the planet Reach and the UNSC mounted an unparalleled defense against the alien war machine. At the heart of this conflict was Noble Team, an experienced group of accomplished soldiers prepared to meet the enemy head-on. Now this squad will face its most challenging mission yet: the defense of Reach. Halo: Reach for Halo: The Master Chief Collection comes to the Xbox One looking better than ever, including up to 4K UHD resolution and HDR on Xbox One X consoles.


Your dogs have been dognapped by a beaked lunatic who stuffed them into his eye holes and is using their life essence to destroy the universe. You’re partnered with Trover, a little purple eye-hole monster who isn’t a huge fan of working or being put in the position of having to save the universe. Only you and Trover can save everything in this bizarre comedy adventure, created by Justin Roiland, co-creator of “Rick and Morty.”


An interactive FMV horror experience of exploring a missing woman’s phone. You found the lost phone of a woman named Anna. In it, you see a desperate cry for help in the form of a video message. You talk to her friends and they have no idea where she is. Her texts, emails and photo gallery provides fragments of information and it’s up to you to piece it together.


Take on the role of Nora Harwood, member of Everreach’s Security Division, on a mission to secure the colonization process of Eden and investigate mysterious incidents in this fast-paced, story-driven action-RPG set on the visually stunning Planet Eden.


Part business sim, part logistics puzzle. It’s one thing to work away in the lab perfecting new formulas but converting the “science stuff” into cold hard cash means bringing an engineering and business mind to the problem. Factory space is expensive, and those fancy new agglomerators and centrifuges don’t always fit nicely together.


Set out on an adventure to discover Izen’s mysterious origins in this new sci-fi RPG. As he and those with him pursue answers to this mystery, they fail to notice a shadow creeping upon them with the intent to stop them in their tracks. Upgrade Izen’s abilities with arm/leg parts, core and chips, and activate the armament drive and fight with the support of fairies.


Xbox One X Enhanced / Xbox Game Preview: On a dark and stormy night, 11-year-old Minerva discovers a haunted house deep in the woods and before she knows it, she’s in for the fight of her life. Armed with a flashlight and a backpack full of friendly stuffed animals who are brought to life by the house’s magic, help Minerva survive her adventure against sinister ghosts in this spooky rogue-lite featuring heaps of procedural dungeons, ghosts, and loot.


Xbox Game Pass: A violent ballet about friendship, imagination, and one man’s struggle to obliterate anyone in his path at the behest of a sentient banana. The strategic use of split aiming, slow motion, and the ol’ stylish window breach create one sensational action sequence after another in an explosive battle through the violent underworld.


Discover new scientific mysteries with Kerbal Space Program: Breaking Ground expansion for the critically acclaimed space simulation game. Adds new science-collecting equipment to deploy on your missions, surface features to be investigated scattered across distant planets, and a wealth of new robotic parts for players to test their creativity with (this expansion requires the base game to play).


Xbox Game Pass: A musical adventure where you use singing to save the world. Play as a silly bard who embarks on a globe-trotting journey to learn about the mysterious Earthsong, said to prevent the universe’s imminent end. It’s up to you to sing your songs, unlock the world’s secrets and make new friends.


Survive your evolution in Neogene Africa starting 10 million years ago. Ancestors: The Humankind Odyssey is a third-person open world survival game where you Explore, Expand, and Evolve to advance your clan to the next generation in the exciting new adventure from the creator of Assassin’s Creed.


On the icy surface of a forgotten planet stand ruined tombs where immortals sleep. While sleepless warriors roam the halls with their minds eroded by eternity, a lone Awakewalker emerges from cryosleep. With no memory of their past, it’s up to them to forge their future, discover the planet’s mysteries, and find a way out of this icy hell in this action and adventure game featuring Souls-like progression system.


Compete against increasingly difficult spearfishing challengers from around the world with the goal of becoming the champion Freediving Hunter. Unlock lush saltwater marine environments around the world such as stunning reefs teeming with sea life, ancient shipwrecks and ruins, kelp forests, etc. in an exciting hunt for prized saltwater fish.
You must log in or register to reply here.
Share:
Facebook Twitter Reddit Pinterest Tumblr WhatsApp Email Link