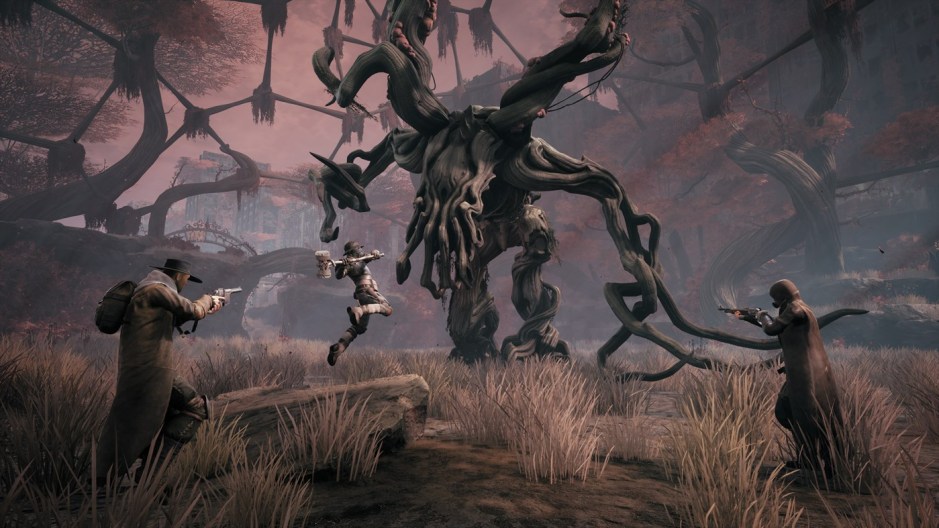 
Remnant: From the Ashes
August 20, 2019
The world has been thrown into chaos by an ancient evil from another dimension. As one of the last remnants of humanity, you must set out alone or alongside up to two other survivors to face down hordes of deadly enemies to try to carve a foothold, rebuild, and retake what was lost.


Rad
August 20, 2019
Xbox One X Enhanced - A rogue-like set in a post-post-apocalyptic world, where humanity has faced Armageddon not once, but twice. Playing as a brave teenager, you must venture into the Fallow — an ever-changing, radioactive wasteland filled with unknown and unspeakable creatures. It is here that you will find the solution to heal the world, and transform the cracked, barren landscape into a lush source of new life.


Rex Rocket
August 21, 2019
Xbox Play Anywhere - Inspired by retro 8-bit gaming, Rex Rocket is a traditional 2D platformer that pays tribute to the classics. Old-school fans and platformer newcomers alike should find Rex Rocket an enjoyable and rewarding experience thanks to its pixel art that makes up over 100 handcrafted levels.


Pato Box
August 21, 2019
A surreal boxing quest with a duck! Test your reflexes as you fight your way through an evil corporation in search for retribution. Uncover their deepest secrets by exploring thrilling 3d environments with a graphic novel/comic book art style.


Mekabolt
August 21, 2019
Players take the role of a theme park technician that needs to collect batteries to repair the haywire robots. With your handy Mekabolt, use the out of control robots to your advantage to overcome obstacles and obtain the batteries across 100 puzzle platforming challenges.


Gift of Parthax
August 21, 2019
Gift of Parthax is a 2D top-down action-arena game of gladiatorial wizardry! Customize your arsenal of countless spells, duel the masters of the arena with their mythological beasts, and rescue your friend Veleus from the powerful mage, Parthax!


Life is Strange 2: Episode 4
August 22, 2019
The award-winning Life is Strange series continues with an all-new story. After a tragic incident, brothers Sean and Daniel Diaz run away from home. Fearing the police, and dealing with Daniel's new telekinetic power, the boys flee to Mexico for safety. This is the trip that could bond Sean and Daniel forever… or tear their brotherhood apart.


Gnomes Garden: Lost King
August 23, 2019
Gnomes Garden, a fun fantasy strategy game about a world of gnomes, where you’ll be tasked with saving the king and return prosperity to the kingdom.

Strength of the Sword Ultimate
August 23, 2019
A fighting game combined with a brawler. With a huge sword, rocket launcher, and a flamethrower jump into this arcade-action game that combines the tactical skill-based combat of a fighter with the progression, overwhelming odds, and awesome boss battles of an old-school brawler!

Path of Sin: Greed
August 23, 2019
It was supposed to be a simple suicide case – a quick inspection and lots of boring paperwork. But the more you delve into this secluded island and the twisted family relations of the owners, the more complicated and unclear this case becomes. Challenge yourself with 36 riddles in this hidden object puzzler.
You must log in or register to reply here.
Share:
Facebook Twitter Reddit Pinterest Tumblr WhatsApp Email Link