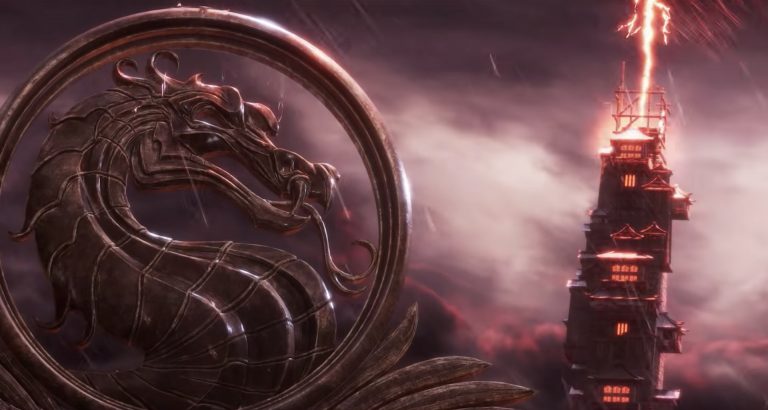 Ah, Mortal Kombat. There’s nothing quite like a new Mortal Kombat game, is there? Sure, we get great new fighters almost every years, but there’s something special, something different about this series. It’s ridiculously over-the-top, it’s stupidly fun- it’s awesome, is what I’m saying. Mortal Kombat 11 is almost upon us, and we could not be more excited. In anticipation of its release, which is right around the corner now, we’ll be taking a look at fifteen of the biggest talking points about the game in this feature. So buckle up, and get over here.

Mortal Kombat 11 follows on directly from the events of its predecessor (I mean, duh). Shinnok has been defeated, while Raiden is looking to protect Earthrealm by destroying all its enemies. Meanwhile, Kronika, the Keeper of Time, is pissed at Raiden for having meddled with the flow of time and is out for his blood, while also looking to bring back order to all the realms.

There aren’t a lot of fighting franchises that have a collective roster as excellent as Mortal Kombat’s, and Mortal Kombat 11 is looking to leverage that as much as it can. Newcomer Geras has been revealed, who is the right hand man of Kronika, and has the ability to manipulate time, and can use sand-based attacks. Several familiar faces are returning as well, of course. That includes the likes of Scorpion, Sub-Zero, Raiden, Johnny Cage, Cassie Cage, Jacqui Briggs, Kotal Kahn, D’Vorah, Kabal, Jade, Sonya Blade, Baraka, Kano, and Skarlet. Shao Kahn has also been confirmed, but he is, weirdly enough, a pre-order exclusive.

NeatherRealm Studios are one of the few rare developers who consistently put out fighters with great campaigns, so it’s not surprising that there’s plenty of excitement surrounding Mortal Kombat 11’s story mode as well. That story mode is going to be roughly 8 hours long, the developers have confirmed, which seems to be in line with how long other recent campaigns in NeatherRealm’s games have been.

Fatalities are changing in Mortal Kombat 11. Eschewing the x-ray style looks we used to get at shattered bones and punctured organs, Mortal Kombat 11 is instead all about glorious slow motion shots of sprays of blood, rendered in amazing detail, and usually coming right after some of the most ridiculous finishing moves ever. These include Jonny Cage knock a guy’s head off in the middle of a shoot, Jacqui slicing people in half with her energy shield, and Baraka taking a bit out of skewered brains.

Mortal Kombat 11 will be seeing some new voice actors stepping into the roles of familiar characters. Scorpion is now being voiced Ron Yuan, who replaces Patrick Seitz, while Ronda Rousey replaces Jennifer Hale as Sonya Blade. Vic Chao, who has voiced Goro, Kenshi, and Triborg, also isn’t involved. There are some who are returning though- Troy Baker once again portrays Shinnok, Steven Blum reprises his role as Sub-Zero (and also voices Baraka), Richard Epcar is Raiden once more, while Jamieson Price is still the announcer.

Mortal Kombat 11 is introducing a few new mechanics as well. For starters, there’s Fatal Blow. This is a deadly, extra powerful move that you can use when your health is below 30 per cent to get you out of sticky situations. You can’t abuse it though- you only get one Fata Blow per fight.

Another new mechanic is Flawless Block, which has a pretty self-explanatory name. It gives you a window for a comeback if you manage to execute a block on an incoming attack with precise timing. There’s also Krushing Blow, which are special cinematic variations of some special moves that can only triggered once certain requirements have been met (which change depending on the move in question).

Mortal Kombat 11 also has a character customization system, which will allow you to personalize existing characters and customize their movesets, weapons, and outfits. These custom characters can also be used in competitive play online- but while cosmetic customizations through gear will carry over to online play, any changes made to stats through augments will not be considered.

Speaking of gear and augments…

There will also be unlockable gear that you can equip characters with in Mortal Kombat 11– but there’s a catch. All gear will be cosmetic only, and won’t impact gameplay at all. Gear will be tied to microtransactions as well, though the developers have at least confirmed that there are no loot boxes involved.


While gear doesn’t affect gameplay, you can still outfit characters with augments, which do have an impact on gameplay. Augments can modify gameplay in certain ways, such as how moves work, or how recovery windows work. For instance, Skarlet can get an augment to make her get even more life from blood.

There was some amount of caution surrounding the pace and movement speed in Mortal Kombat 11 after its full gameplay reveal in January. However, since then, the game’s pace has been ramped up for its online stress test and beta, and those who got their hands on the game have been quite receptive to the change. In fact, the devs have confirmed that the pace of the final version is going to be even faster.

NetherRealm Studios have plenty of stuff planned for the game by way of post-launch support as well, of course. For starters, there’s going to be six more characters added to the game’s roster as DLC. Meanwhile, the devs also claim there will be some “awesome” features coming to the game afer launch- we have no clue what that means exactly, so we’ll just have to wait and see.

NeatherRealm Studios surprised quite a few people when they announced that Mortal Kombat 11 would be receiving a day and date Switch launch as well, simultaneously with all the other versions. The game’s Switch version is being handled by Shiver Studios, and NeatherRealm has claimed that it will be hitting 60 frames per second. To achieve that, they’re sacrificing a little bit elsewhere, having confirmed that the Switch version of the fighter will have lower geometry.