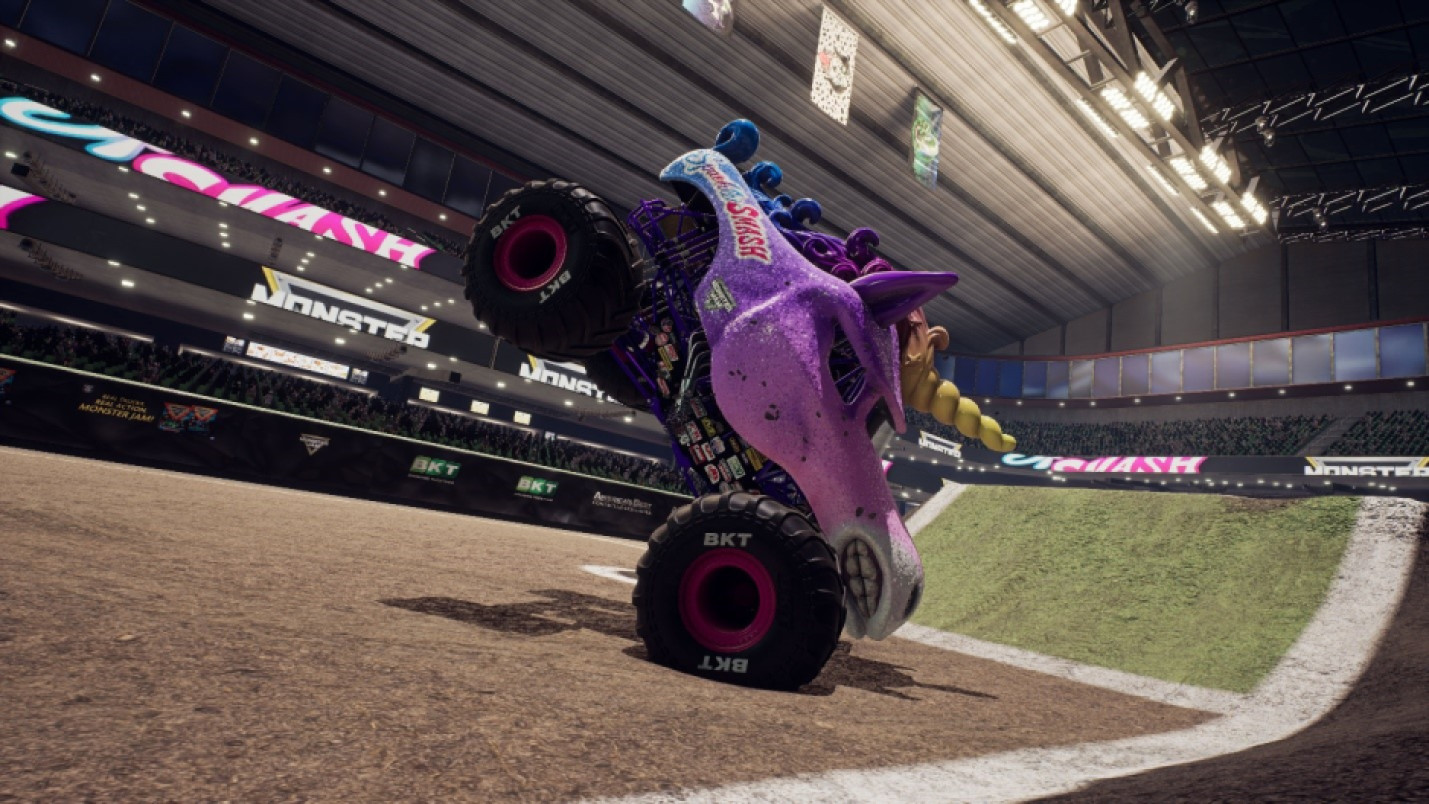 Monster Jam has captured the imaginations of legions of fans for nearly 30 years, with a massive roster of truck designs, each more spectacular than the last. From sparkly unicorns and fluffy, pink puppies to designs inspired by soldiers, aliens and zombies, there is no way to predict the next new design that will roll into the stadium.

Monster Jam Steel Titans 2 honors that rich, truck design history with the inclusion of 38 of the most popular Monster Jam truck designs of all time. Players will be able to take the wheel of Backwards Bob, Monster Mutt, Bakugan, Higher Education, El Toro Loco, Sparkle Smash, and many more!

In addition to all this new content, players can look forward to significant changes to gameplay physics. Capturing the large, powerful feeling of a Monster Jam truck has been a monumental task undertaken by the Rainbow Studios engineering team. Making sure the player feels this power is something that we really focused on this past year, giving the trucks more realistic physics that translate the raw power these vehicles produce right into your hands, without the years of training it takes to jump into a real one!


Drivers are once again able to independently control their front and back wheels, with our unique dual-stick control, giving them a glimpse of what it’s like to take advantage of a real-life Monster Jam truck’s agility in tight turns. For our younger or less experienced players, a more simplified single-stick control is also available, giving all skill levels accessibility for fun and progression within the single player career mode game, as well as its competitive online experience. Automatic and manual transmissions provide for another exciting dynamic that we think experienced players will love.

Finally, we are taking all the Monster Jam action online for the first time in Monster Jam Steel Titans 2! So, jump online and grab your buddy – or five buddies – in online multiplayer competition for up to six players! We can’t wait to see which trucks you choose and which worlds you explore!