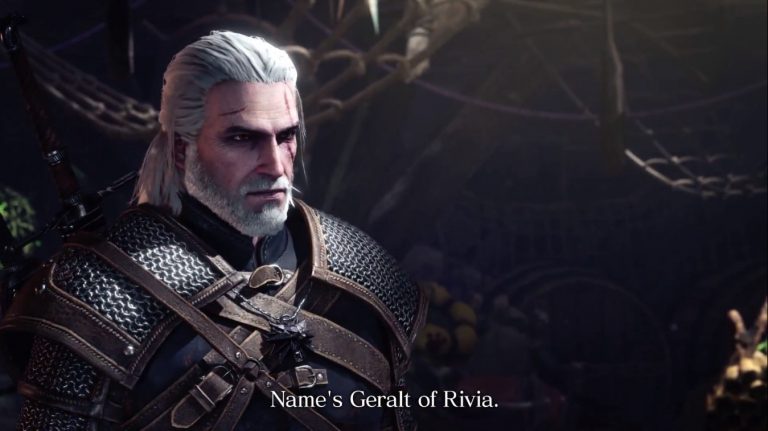 Capcom has announced that Monster Hunter World’s upcoming collaboration quest with The Witcher 3: Wild Hunt will be going live on February 8th. This is only for the Xbox One and PS4 versions of the game. PC players will have to wait till later to get their hands on it.

As part of some of the final updates for the game, this collaboration quest will see Geralt of Rivia traveling to the New World. There’s not a whole lot we know about the quest – whether we get to play as Geralt, don his armour or craft his weapons is all up in the air. But we do know that Doug Cockle, who voiced Geralt in the games, will be returning to lend his voice to the character.

Monster Hunter World will also receive Arch-Tempered Nergigante as a new quest in the coming months. A full-fledged expansion called Iceborne will release in Autumn 2019, bringing a new region, new quest rank, new monsters and tons more content to players. It may also have the oft-requested G-Rank, a new tier of items and monsters to hunt.