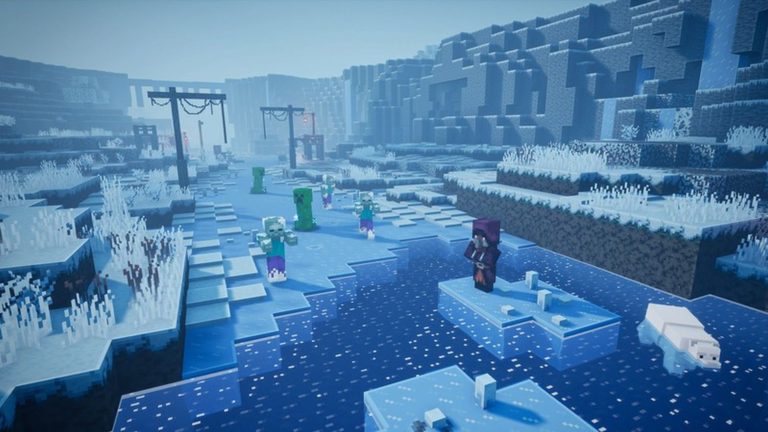 Minecraft Dungeons’ next paid DLC The Creeping Winter is coming up next week and to prepare for the same, new gameplay footage has been released. It’s only three and a half minutes but sees Mojang executive producer David Nisshagen talking about what fans can expect. Check it out below.

The Creeping Winter takes players to a new island covered in snow. There are villages, an iceberg and a river that runs through most of the island. A fortress called the Lone Fortress also looms ominously and is likely the setting for the DLC’s major boss fight.

Along with fighting off new mobs, players will also earn new weapons, armor and Artifacts. Minecraft Dungeons: The Creeping Winter is currently set to release on September 8th for Xbox One, PS4, PC and Nintendo Switch. A free update will be available on the same day, providing content to non-expansion owners.