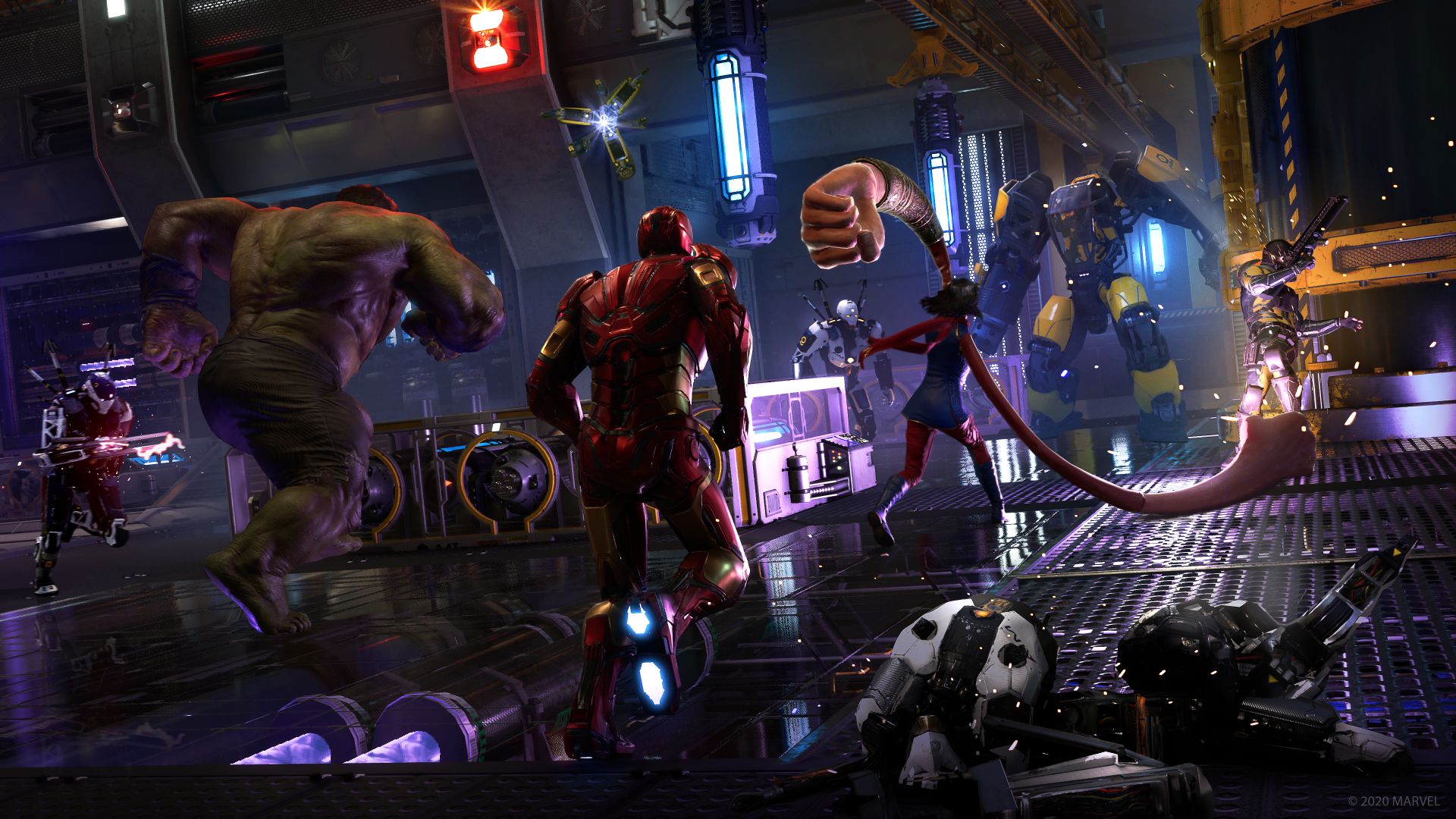 Hawkeye is coming to Marvel’s Avengers after launch but before that, Crystal Dynamics has a fairly hefty beta for everyone to play through. In its recent Avenger’s War Table stream, the developer outlined all of the beta’s content, from Hero Missions to War Zones, Drop Zones and HARM Rooms. Check it out below.

The beta will start with the Prologue mission that sets up the events of A-Day. Players will then jump into two Hero Missions with Kamala Khan and Hulk. The first sees them traveling to the American Pacific Northwest to find Jarvis while the second is set in a frozen tundra in Russia where they must investigate a secret SHIELD bunker.

Co-op War Zones will also be available with Kamala, Hulk, Black Widow and Iron Man being playable but you can also take part in quicker Drop Zone missions for leveling and easy loot. One particularly nice touch is that playing with companion AI in War Zone missions essentially brings your own characters into the fray. This lets you tailor loadouts and abilities to your liking.

HARM Rooms are meant to be a training regime of sorts and can provide different challenges for heroes. Completing this will even provide emblems that carry over into the main game. The beta will also allow players to experiment with different loot and ability customization.

The beta starts on August 7th on PS4 for those who pre-ordered and lasts till August 9th. On August 14th, it will be available for all PS4 players till August 16th. Xbox One and PC pre-orders are next up on August 14th to 16th while players on all platforms receive access on August 21st to 23rd.

Marvel’s Avengers is out on September 4th for Xbox One, PS4, PC and Google Stadia. It arrives in Q4 2020 for Xbox Series X and PS5.