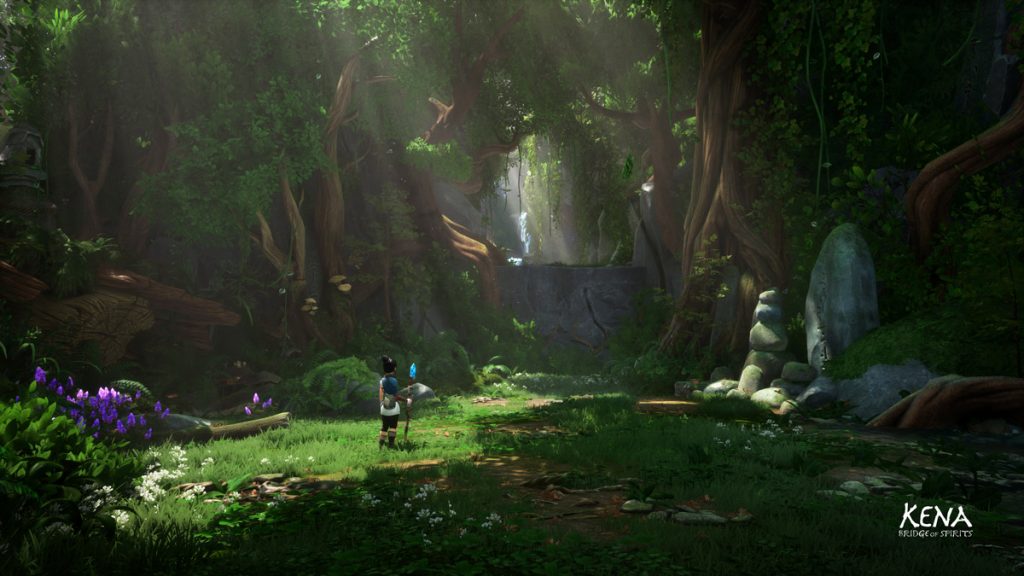 Given how much Kena: Bridge of Spirits seems to be influenced by the likes of The Legend of Zelda and God of War, it goes without saying that exploration is going to be an important part of the game. That’s something the developers at Ember Lab have spoken about as well, talking about how Kena’s wide-linear design style will encourage players to explore and get off the beaten path.

We’ve heard plenty about the game’s combat, while the adorable critters known as the Rot have also been shown off in action quite a bit. Now, a new gameplay video for the game coming from the recent Tribeca Games Festival (uploaded by Cycu1 on YouTube) focuses on Kena: Bridge of Spirits’ exploration elements. We get plenty of glimpses at the kinds of rewards players can find and the kind of optional activities you can chance upon via exploration. And of course, from a visuals perspective, the game is continuing to look amazing.