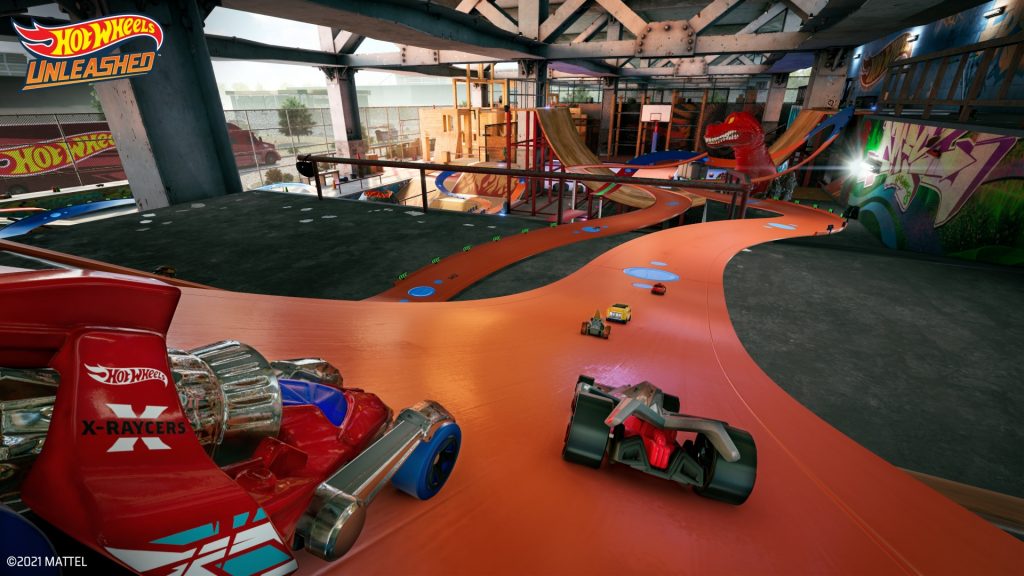 In addition to the Skatepark, the trailer also shows off seven of the games new cars. More than sixty cars will be available at launch.​

Milestone released a new trailer for Hot Wheels Unleashed today. The trailer shows off the previously unrevealed Skatepark gameplay environment. The trailer also reveals seven of the more than sixty available cars that will be in the game at launch. The new cars are Bad to the Blade, Veloci-Racer, Hot Wheels High, Solid Muscle, Tur-Bone Charged, Time Attaxi, and Roller Toaster.

According to Milestone, “the Skatepark area has unparalleled space available to unleash the player’s creativity and design tracks in an area unconstrained by pesky walls and furniture. Players can use ramps, railings, and beams to create crazy routes and to serve up awesome tricks and stunts. Feel the exhilarating drop of the halfpipe as you tear across the next kick ramp into victory, just don’t mind the T-rex,”

You can watch the Skatepark trailer below: