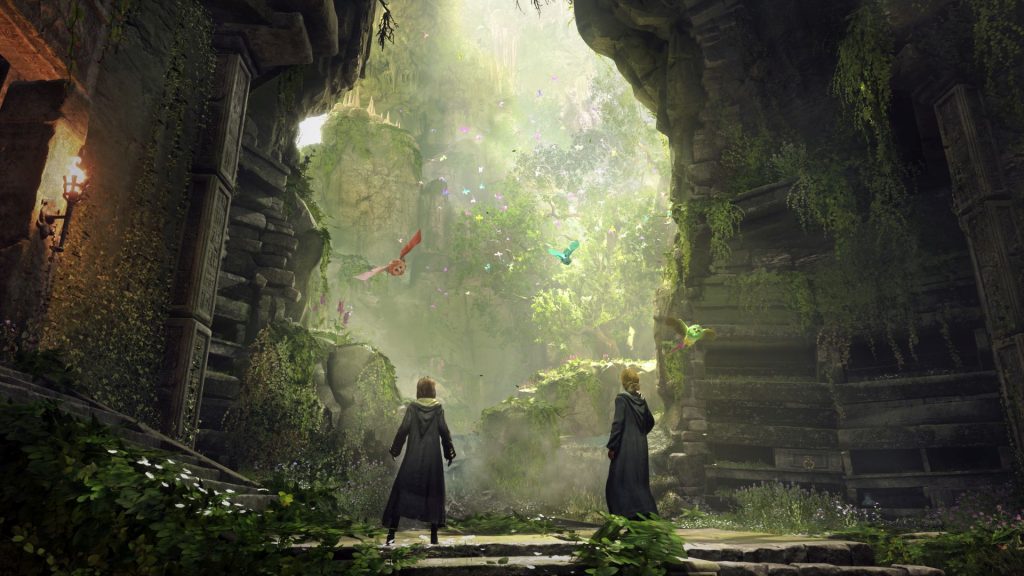 Avalanche Software and Portkey Games have revealed some new details about Hogwarts Legacy, specifically its support for the PS5’s features. The DualSense’s adaptive triggers and haptic feedback are supported with the former providing resistance based on the spells cast. These effects are all on the right side of the controller to recreate the feeling of holding the wand.

Other feedback includes crushing ingredients in Potions class or flying through the sky. The Lightbar is also utilized, from flashing different colors or spells to representing your House. Ravenclaw is blue and bronze, Gryffindor is scarlet and gold, and so on and so forth. In terms of graphics, there will be two modes to choose from – Fidelity and Performance.

4K resolution is supported so this is likely confined to Fidelity mode. Performance mode promises a higher framerate. On top of all this, 3D audio is supported with additional sounds played through the DualSense’s speaker. You can also expect quick loading times via the console’s SSD along with support for Activity Cards and Game Help features.