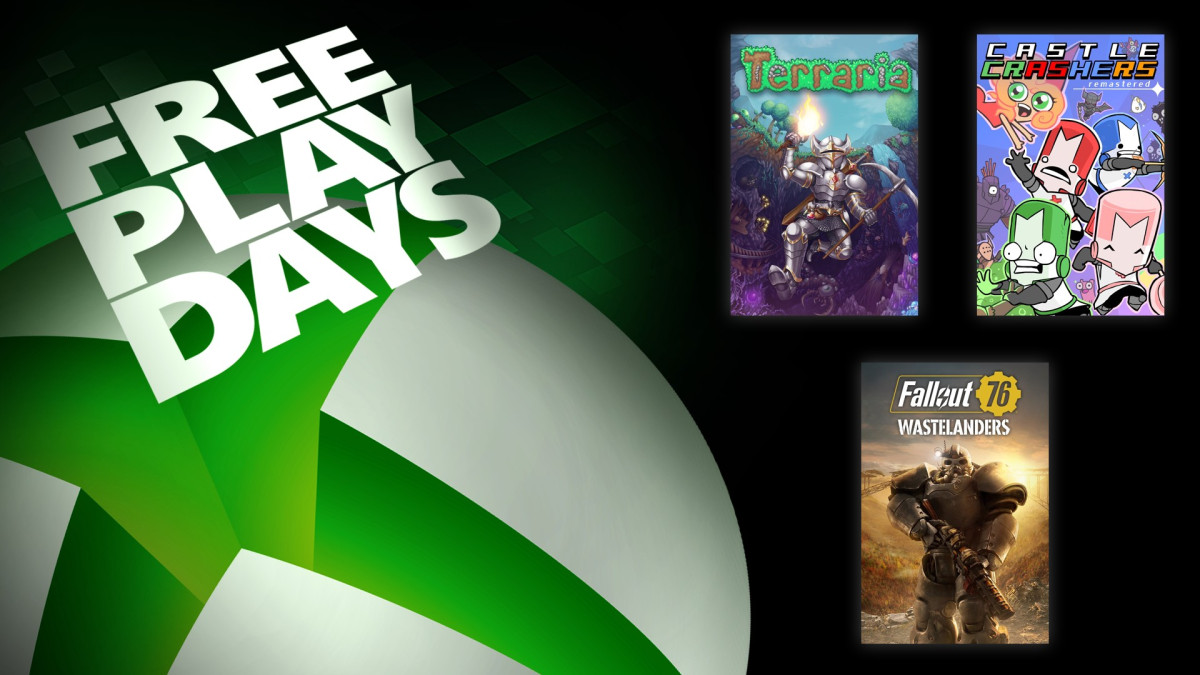 Three great games are now available for Xbox Live Gold and Xbox Game Pass Ultimate members to play through the weekend. Strap on your Pip-Boy and return to Appalachia in Fallout 76: Wastelanders. Or grab your shovel and sword to fight, explore, and build in Terraria. Then hack ‘n’ slash your way to victory with the console classic Castle Crashers Remastered. All three titles are available to play from Thursday, May 14 at 12:01 a.m. PDT until Sunday, May 17 at 11:59 p.m. PDT.


You can find and install the games here on Xbox.com. Clicking through will send you to the Microsoft Store, where you must be signed in to see the option to install with your Xbox Live Gold membership. To download on console, click on the Gold member area on the home dashboard on your Xbox One.
Want to keep the fun going? Then purchase the games and other editions at a limited time discount and continue playing while keeping your Gamerscore and earned achievements during the event! Please note that discount percentage may vary by region.
Fallout 76: Wastelanders

With the arrival of Fallout 76: Wastelanders on Xbox One, players embark on a vital journey to reclaim Appalachia as two competing factions rise to control West Virginia. That journey also kicks off another year of exciting content for Fallout 76! If you are new to the region, play this week to see what Appalachia has to offer and for the long-time locals we come bearing a roadmap of what is next for the game. Should you get accustomed to staking your claim in West Virginia, we are also discounting the Standard Edition until May 19 on the Microsoft Store. And yes, your progress from Free Play Days carries over to your paid version of the game!

Terraria is one of the bestselling video games of all time with over 30 million copies sold. The very world is at your fingertips as you fight for survival, fortune, and glory. With over 4,000 items scattered across randomly generated worlds, this game offers wonderful sandbox customization blended with intense action and eye-popping adventure. Build cities, try your best to survive hordes of fantastical creatures, and then check out the official Terraria Xbox hub to recruit allies to join your world. Now is your chance to jump into an unforgettable experience.

Castle Crashers Remastered delivers 60 fps of high resolution visuals like nothing you’ve seen before. In this remastered edition of the popular 2D arcade adventure, slash and smash your way to victory in the single player campaign or with a friend in the Lovers in a Dangerous Spacetime co-op game, available now. More than 25 characters and over 40 weapons are available to level up and battle it out with an intuitive combo and magic system. Get ready to save the princess, defend your kingdom, and smash some castles!
Don’t miss out on this exciting Free Play Days for Xbox Live Gold and Xbox Game Pass Ultimate members! Learn more about Free Play Days here and stay tuned to Xbox Wire to find out about future Free Play Days and all the latest Xbox gaming news.
You must log in or register to reply here.
Share:
Facebook Twitter Reddit Pinterest Tumblr WhatsApp Email Link