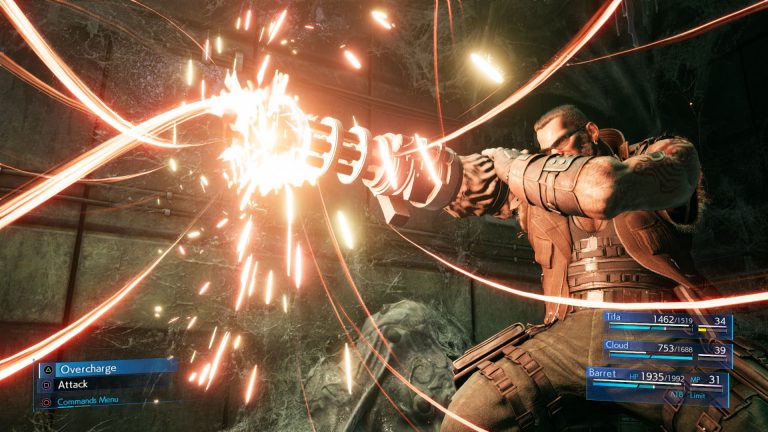 Limit Breaks can be extremely powerful and help out in extremely difficult situations. Each character starts with a Limit Break by default but there are others to unlock. After beating the Corneo Colosseum as part of the main story, it’s possible to return and take on other challenges, usually pitting one character against several foes. The rewards for these challenges are Limit Breaks.

How do you obtain each Limit Break and what do they do? Let’s start with Cloud and Aerith. Cloud has the Cross Slash Limited Break and can deal some pretty hefty damage. It’s also good for staggering enemies. To unlock the Ascension Limit Break, which greatly increases Stagger and allows for hitting one enemy multiple times, you need to finish the Corneo Colosseum in Chapter 9. Head back there for Cloud’s dedicated challenge, complete it and you’ll receive Ascension as a reward.

Aerith is all about supporting the rest of the party. She starts with the Healing Winds Limit Break, which is good for healing all party members. Her second Limit Break is Planet’s Protection, which will nullify physical damage to the party. Like Cloud, you need to return to the Corneo Colosseum after the main story quest in Chapter 9, partake in her dedicated challenge and Planet’s Protection is yours upon completion.

Tifa is very good at inflicting Stagger on foes along with dishing out some good damage. She starts off with the Somersault Limit Break, which can launch foes into the air (just make sure you’re within range of attacking). For Tifa’s second Limit Break, Dolphin Flurry, you need to head to the Corneo Colosseum in Chapter 14 and complete her challenge. Dolphin Flurry sees Tifa using a number of attacks against an enemy which greatly increases Stagger. It’s also possible to target several enemies at once as long as they’re all in front of you.

Finally, there’s Barret who lives and dies by his ranged capabilities. He starts with Fire in the Hole which shoots a giant ball of energy that can hit multiple foes at once. Like Tifa, his second Limit Break – Catastrophe – is unlocked in Chapter 14 at the Corneo Colosseum. Take on his dedicated challenge and beat it to unlock the Limit Break. Catastrophe will fire a giant energy beam at foes which greatly increases Stagger.

Only one Limit Break can be equipped at a time for each character. To change Limit Breaks, head into the Battle Settings.

How to Complete Battle Intel Report 17

While we’ve briefly covered the various ways to master Proficiency for each weapon here, it’s definitely worth going into more detail here. Keep in mind that you don’t need to master all Weapon Proficiencies – just 16. Here’s how to get to it.