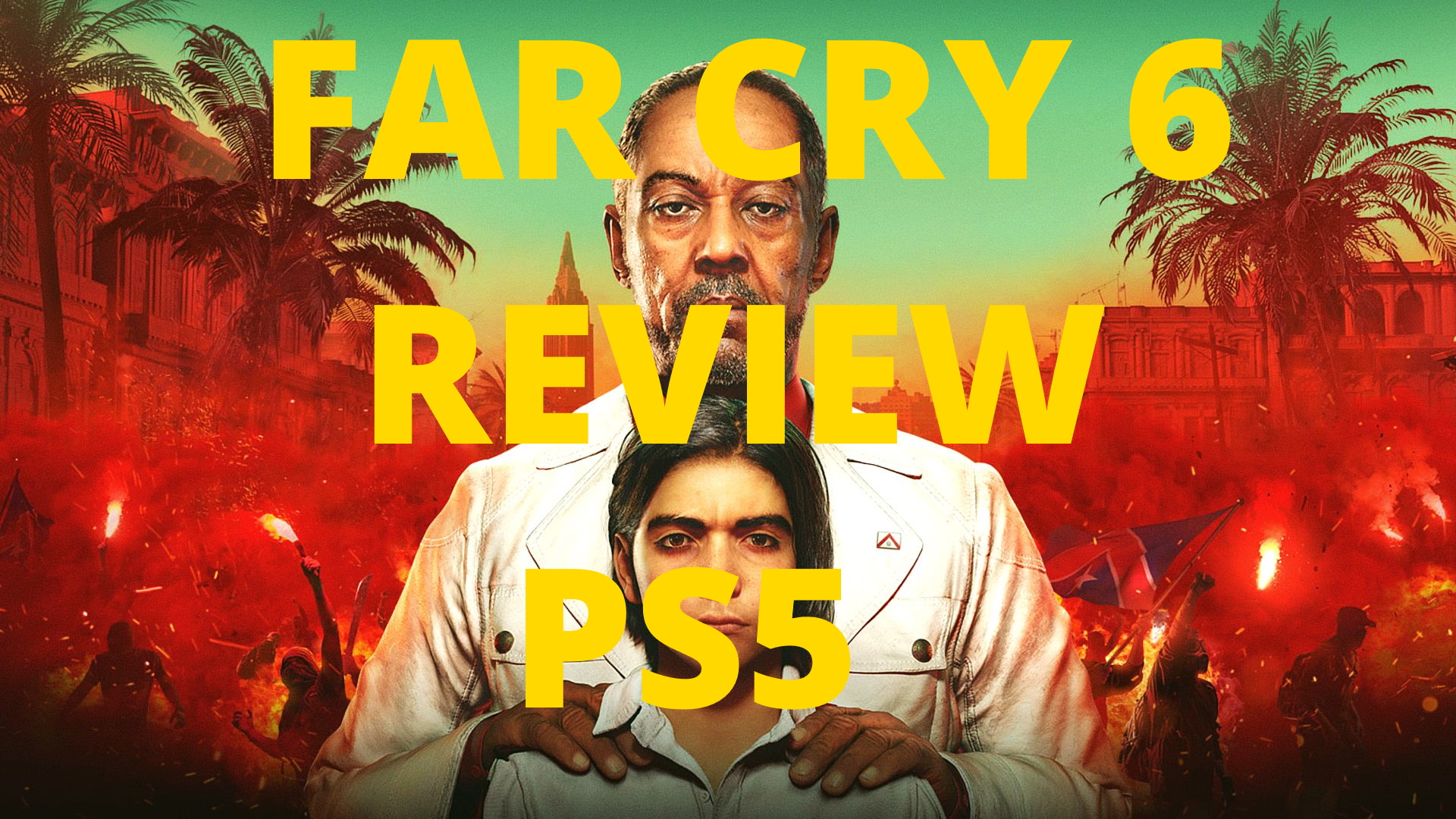 Far Cry 6 is a first-person shooter game developed by Ubisoft Toronto and published by Ubisoft. Set in a fictional open world environment Caribbean island called Yara, ruled as a dictatorship by "El Presidente" Antón Castillo who is raising his son Diego to follow in his rule, the player takes the role of guerilla fighter Dani Rojas who is either male or female depending on your character selection at the beginning of the game, attempting to topple Castillo and his regime. It is the sixth main installment of the Far Cry series, and was released on October 7th, 2021 for Microsoft Windows, PlayStation 4, PlayStation 5, Xbox One, Xbox Series X, and Google Stadia. 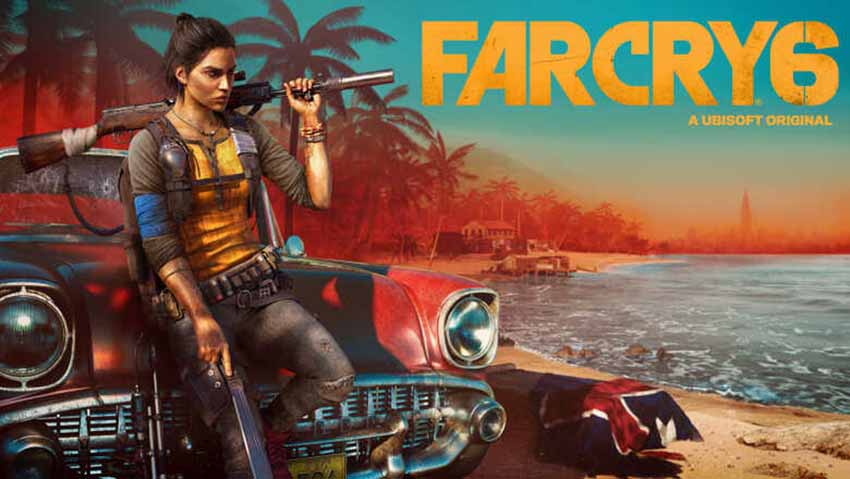 To be as transparent as possible i will say i have been a Far Cry fan for many years now and will be as objective as possible during this review. Now that i have gotten that out of the way, let's dive into Far Cry 6. As soon as you open Far Cry 6, you can tell it's a Far Cry game straight off the bat so that's a good thing if you're a fan, but perhaps not so much if you're not or one might call repetition if you are and wanted it to be different. The graphics have gotten a boost but not by a big margin, so you can tell that the target platform wasn't really this new gen and boosts were an afterthought but the game still looks great and movement is fluid and seamless with only the PC version receiving some ray tracing support unfortunately. The controls are mostly the same from previous Far Cry titles so easy to get to grips with very early on so that was nice. You can play Far Cry 6 campaign in co-op so i called in a friend to play far cry 6 with and thankfully it allows full co-op and not just particular base or site co-op like some older far cry games. The only new thing in Far Cry 6 for co-op is the requirement to have a few missions done first before co-op mode is unlocked but it doesn't take too long to reach that milestone thankfully.

Co-Op gameplay has always been a stable for the past several Far Cry titles and Far Cry 6 does not disappoint with Co-op mode been made available after the first few missions and for the most part works great. I have always loved the co-op modes in far cry and was hoping the netcode would be improved over past titles but unfortunately this isn't the case with Far Cry 6. There was a lot of moments were things would vanish in front of me or my co-op partner would see and i wouldn't and at times i'd be instructing my co-op partner to shoot incoming threats and they would reply "what threats?" which was very frustrating. My co-op partner and i actually spent a lot of time playing the mini-game of dominos in Far Cry 6 which was pretty cool, really enjoyed that. Simple but effective. 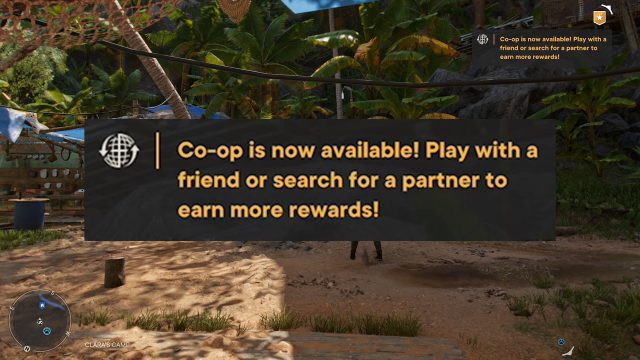 A lot of fun can be had playing Co-Op and it's great to play the single player missions with a friend and really is the highlight of Far Cry 6 for me but there are some concerning things about the Co-Op feature in Far Cry that stopped it being a great experience. There for example is a tether feature that automatically either transport you to your co-op partner or the other way around which can pull you away from a mission or a timed drop that you usually have about 5 minutes to reach and can sometimes try a different route than your co-op partner and end up seeing the dreaded "You're getting too far away from your co-op partner" message and getting pulled away and ultimately losing said drop. I could understand perhaps if last gen had this issue but not current gen PS5/Xbox series X. Ark survival evolved had a similar tether and they removed it in the newer console generation. The gem of Co-op is when you and your partner can plan to infiltrate a enemy position whether it be a base or a checkpoint, albeit they're not very hard till you mean up in rank and they ultimately get harder.

A new feature of Far Cry is the amigo system, a somewhat adaption of the pet system from previous titles but with an added twist. You can upgrade your amigos and summon them and send them away on the fly from the amigo menu. There is a selection of amigos available from a Crocodile, ****, two Dogs including boomer from Far Cry 5 and a blank panther. These amigos all have specific features or traits that you can utilize like Chorizo the dog in the image below who is a dog with his back two legs missing using a set of wheels to be mobile and has a tool bag and can be used to find hidden items buried around the map. I found myself using guapo the croc for a while at the start but ulrimately finding the amigos to be more a burden than anything else when they kept getting in my way in doorways and getting me detected prematurely while scouting out a base or check point and so ended up sending them away and not using them mostly. 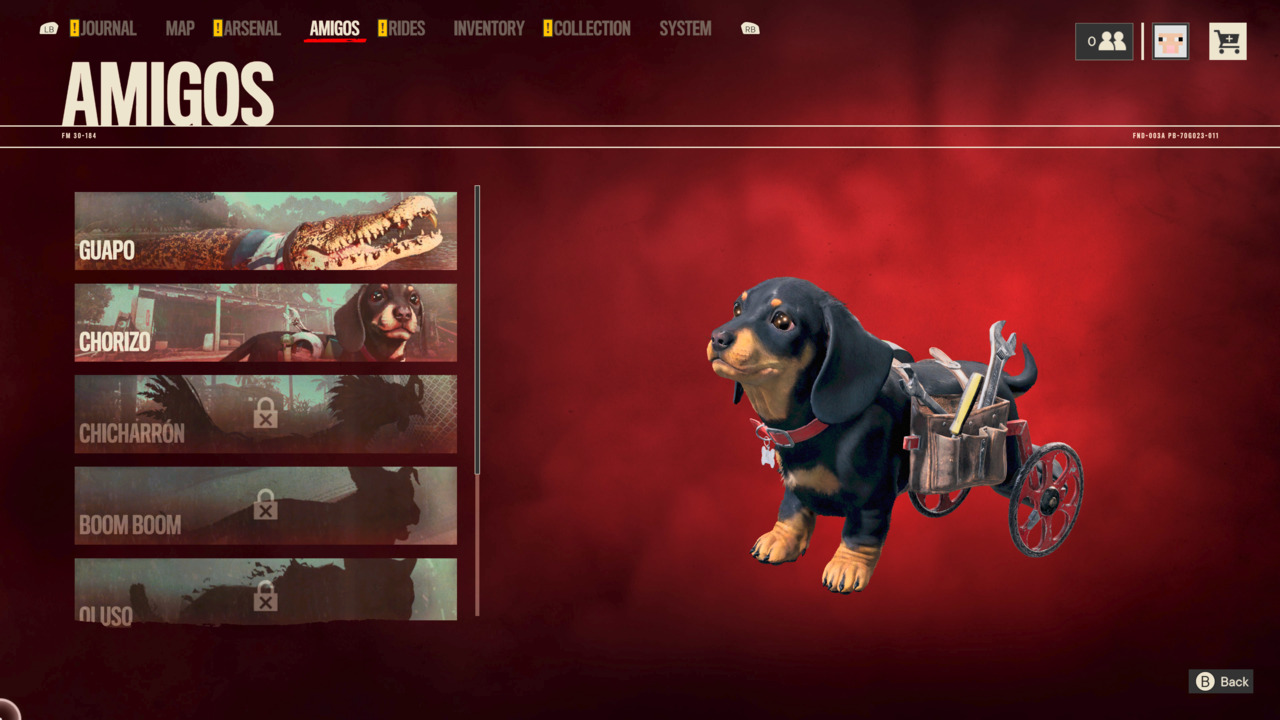 I enjoyed my time playing Far Cry 6 with a friend and as a co-op title it shines in this regard and whilst it has a lot of issues, i still managed to enjoy my playthrough and so did my friend. There is a lot of places were Far Cry 6 can be improved upon and co-op is definitely one of those. The overall missions and side missions in the game were plentiful and had enough differences to just get past that tedious feeling and the voice acting in the story was fantastic with Esposito been a great choice as the antagonist. I would recommend you play Far Cry with a friend, but single player i'd imagine is just as good and perhaps would help you escape a lot of problems the co-op feature introduces. I really wish after so many versions of Far Cry that have had co-op in its core that these issues with the feature would have been licked by now but they keep rearing their ugly head. Lets hope the next version tops this.

All in all, Far Cry 6 is a good addition to the Far Cry Franchise, but it could be better.