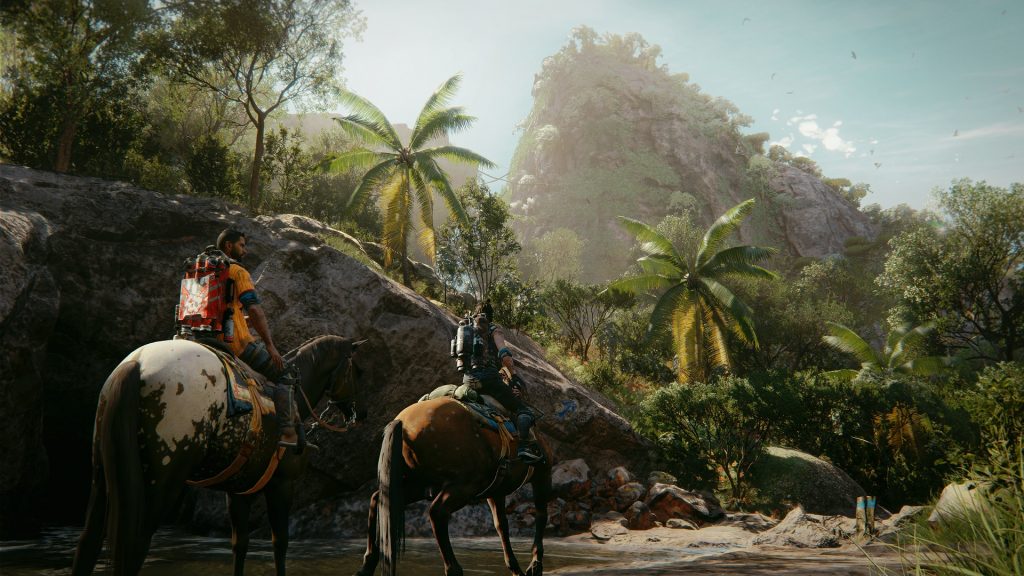 Follow Dani Rojas as they explore the El Este region and partake in activities, from rescuing prisoners to raising hell with Chicaharrón the rooster.​

Ubisoft has debuted some new gameplay footage for Far Cry 6, offering a look at the Xbox Series X version. It sees Dani Rojas starting out by exploring Yara’s El Este region and infiltrating a camp, which eventually devolves into wide-spread chaos and gunfights. Check it out below.

There’s quite a bit to unpack, like how Antón Castillo sprays plants in the region with a specific chemical that makes them highly flammable, or parachuting onto a cargo ship to rescue prisoners. The signature wingsuit returns and even the Fangs for Hire, including the perpetually angry Chicaharrón the rooster, are showcased. Co-op is supported for the entire game and while the host player keeps story progress, the guest player will retain their individual progress like resources gathered.

Interestingly, narrative director Navid Khavari said he believes that cross-platform play is possible (though further clarification is needed). Extensive HUD customization is also included, from disabling the mini-map to turning off the health bars. Far Cry 6 is out on October 7th for Xbox Series X/S, Xbox One, PS4, PS5, PC and Google Stadia. For more details on the game based on the opening few hours, check out our top 10 reasons to be excited here.