Fallout 76: Wastelanders Guide – How to Farm Reputation and Gold Bullion, and Spawn the Wendigo Colossus 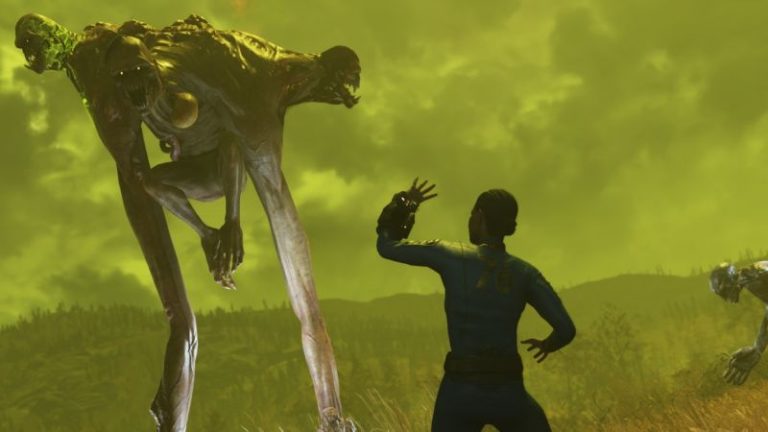 Fallout 76: Wastelanders brings back human NPCs, dialogue choices and skill checks in grand fashion. However, it also brings back factions, each with their own innate purpose. The two key factions though are the Settlers and the Raiders. You’ll be able to undertake quests and tasks for each faction which go towards earning Reputation. Rank up in Reputation and you get access to specific things from vendors.

How do you effectively earn Reputation with each faction? Here are some of the best ways.

For the Settlers, you’ll want to head to their base Foundation and pick up the “Vital Equipment” daily quest. If you donate the end reward, you even get additional Reputation. Another nice method is by taking photos and giving them to Davenport as part of the “Photo Opportunity” quest. This will net some Reputation in return and also works for gaining Reputation with the Raiders, which is good.

For more dedicated Raider Reputation quests, speak to Rocksy in the Crater. She’ll either task you with bringing back a Raider (who can also be guided to the Settlers for Reputation with them) or to repair equipment for her gang. If you go to the water park, talk to Bones and fight off some Mirelurks, you’ll start a quest to hunt Mirelurks for their meat. These can be donated in exchange for Raider Reputation with Mirelurk Queen meat providing the most.

Finally, as you travel through the open world, you’ll eventually encounter Settlers or Raiders battling enemies or each other. Help your faction of choice and you’ll receive some Reputation for them, though these events is random so it’s not necessarily the best farming method.

Also remember that at the end of the Wastelanders storyline, you’ll have to choose between one of the factions. Doing so will provide Reputation for one but cause you to lose Reputation for the other. It’s possible to hit maximum Reputation with both sides before coming to this point so try doing that beforehand and getting all the items.

How to Earn Gold Bullion

Gold Bullion becomes available after completing the main quest of Wastelanders. You’ll earn 1,000 Gold Bullion which can be shared or kept, the latter resulting in the loss of faction Reputation (which isn’t permanent so don’t worry). From this point on, dailies and public events will dole out Treasury Notes which can be exchanged for 10 Gold Bullion at Gold Vending Machines. If you visit Smiley in the Wayward, you can also purchase 50 Gold Bullion for 1,000 Caps each.

Where do you spend the Gold Bullion? Pay a visit to either Samuel in Foundation or Mortimer in the Crater – they’ll exchange the currency for either rare items or unique plans respectively. It can also be used to purchase unique plans from Regs in Vault 79.

How to Find the Wendigo Colossus

Among the many new horrors to battle is the Wendigo Colossus but it’s not your typical world boss. Finding it is tricky since you need to launch a nuke and then head to the blast zone where the Colossus has a small chance of spawning. How small? We’re talking seven percent chance here.

There are ways to mitigate this but keep in mind that they’re not guaranteed. Apparently, there are two places to the south which where the Colossus spawns more easily. After nuking these areas, explore the blast zones, following the green dots on your map, and kill any enemies that you come across. Make sure to keep checking both spots again and again to be sure. You’ll also need to complete an Assault event here so do that as well.

The Wendigo Colossus will be accompanied by several high-level Wendigos and can easily one-shot you. Keep plenty of ammo, bring friends and be prepared for a fight. It’s not currently clear if the Colossus has any dedicated loot that’s worth farming so don’t go in expecting an amazing reward. At least, not in its current state.