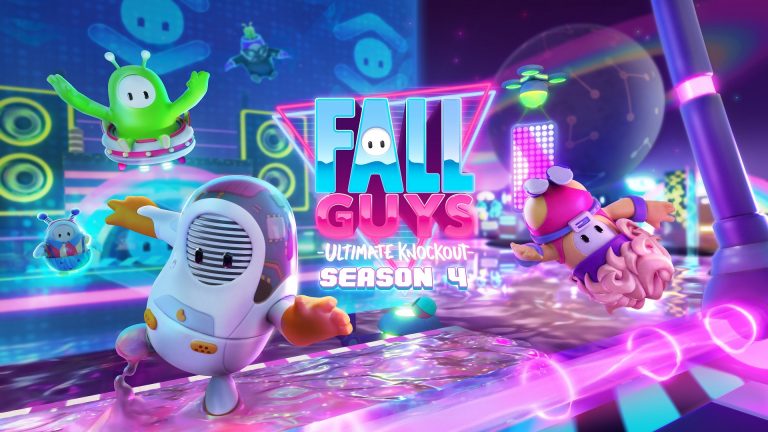 Enter the world of 4041 as Season 4 for Fall Guys: Ultimate Knockout goes live. Taking place in the future, which embraces retro sci-fi and synthwave, the season adds new rounds, new features and plenty of new costumes. Check out the launch trailer below.

There are seven new rounds this time, from the 60-play Skyline Stumble with its lasers and gravity zones to low-gravity basketball of Basketfall. The new Squads Mode also allows for four players to team up and claim victory if one of the members happens to win. Squad Race also offers a new round type as various squads race to earn points with the lowest scoring ones being eliminated.

Other new features include Daily Challenges to net Fame bundles and Crown Shards. The latter is a new currency with 60 shards forming a Crown. Shards can be obtained in Squads along with the Challenges.