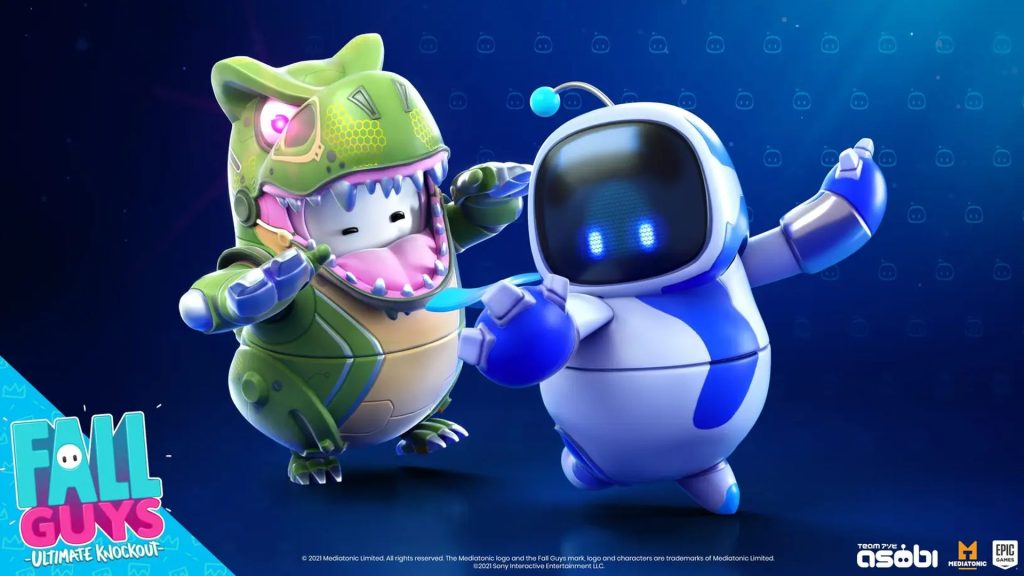 Cosmetics for Astro Bot, including a full costume, can be earned in the Sweet Thieves Challenges available from tomorrow till March 13th.​

The newest PlayStation franchise to crossover into Fall Guys: Ultimate Knockout will be Team Asobi’s Astro Bot. Several cosmetics for Astro can be earned by playing the Sweet Thieves Challenges, which goes live tomorrow. In addition, a T-Rex outfit can be purchased from the in-game store. Check them both out in the trailer below.

Earning 100 Points in the Challenges will confer an Astro Pattern; 200 Points nets an Astro Nameplate. You’ll get the Lower Costume at 400 Points, the Captain Astro Nickname at 600 and the Upper Costume at 800 points. Finally, at 1000 Points, you get Astro’s Wave Emote. The Challenges are live from tomorrow until March 13th.

T-Rex can be purchased from March 10th to 13th, requiring five Crowns for the Upper Costume and an additional five Crowns for the Lower Costume. For more details, check out the PlayStation Blog post here. Fall Guys: Ultimate Knockout is currently available for PS4 and PC. It will launch for Xbox Series X/S, Xbox One and Nintendo Switch later this year.