DOOM Eternal Guide – All Cheat Codes and Boss Fights, and How to Get More Ammo 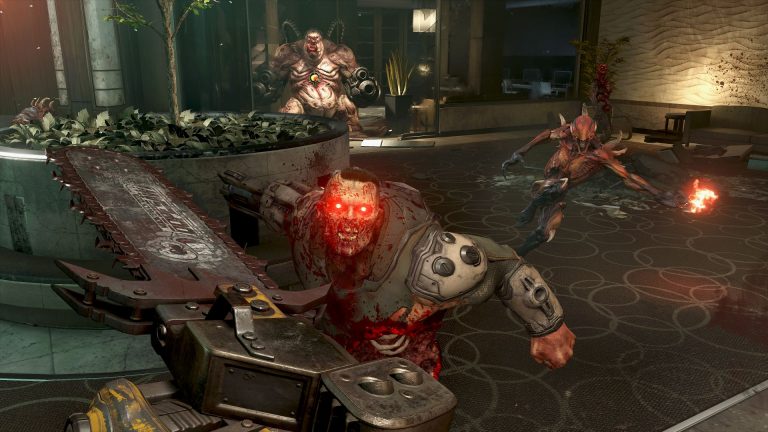 With all the changes that id Software has made with DOOM Eternal, it’s much easier to run out of ammo than before. The important thing to remember is that the Chainsaw now passively recharges. Use it on smaller foes to instantly receive ammo. However, there’s another way to get ammo pickups besides just scanning the level.
Take the Praetor Suit upgrades for nullifying damage from explosive barrels. Then take the upgrades that cause ammo to drop from explosive barrels and having the barrels respawn after some time. Whenever you’re low on ammo or need a top-up between fights, shoot any barrels twice and pick up the ammo that drops.
All Cheat Codes
To unlock cheat codes in DOOM Eternal, you need to scour the levels for them. They’re often collectibles and denoted by the “?” symbols all throughout. Once you collect a cheat code, you can enable it for progression throughout the game. Even Trophies and Achievements can still be earned.
Here are all the cheat codes in the game:
How to Beat All Bosses
There are a fair few boss fights and while some might be a handful, they’re fairly easy with enough practice. Check out the video below for a full walkthrough of each fight or scan for some tips below: