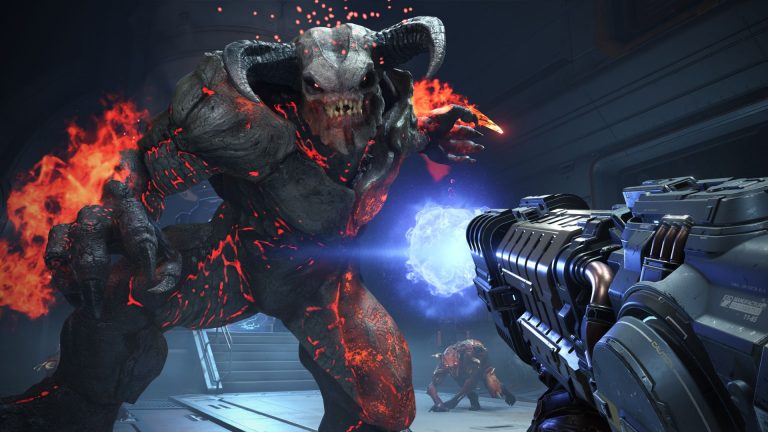 Bethesda Softworks and id Software released a new trailer for DOOM Eternal, showcasing new gameplay along with plenty of ripping, tearing and slicing. Yes, slicing – the Slayer wields the Crucible Blade among other weapons and wrecks demons left and right. Check it out for yourself below.

Interestingly, the Slayer isn’t just going against the demons but other entities, seemingly angels, who would see humanity suffer. We get a peek at the fate of Samuel Hayden along with some double-jumping, dashing, shotgunning and mass murder. And the best part is that it hasn’t been delayed again.

DOOM Eternal is out on March 20th 2020 for Xbox One, PS4, PC and Google Stadia (no release date for the Switch yet). id Software is fairly confident in its quality with lead engine programmer Billy Khan proclaiming it as “the best game we’ve ever made”. Stay tuned for more details as the marketing blitz for the shooter heats up over the next two months.