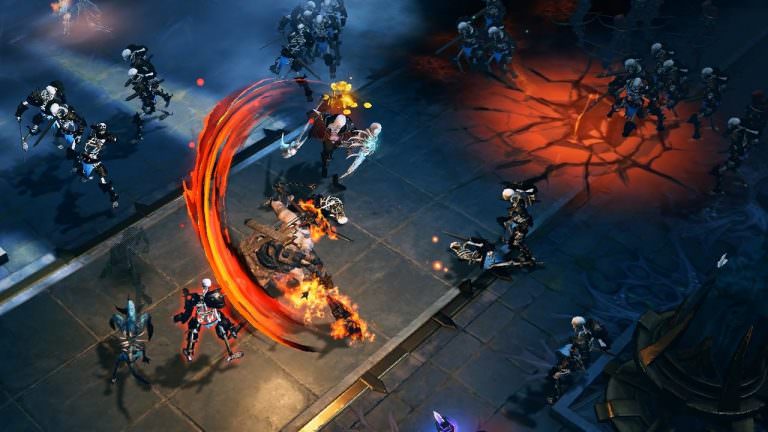 Blizzard Entertainment announced a new Diablo at BlizzCon 2018 but it’s not the one you’re thinking. Diablo Immortal is an MMO action RPG that brings the universe to mobile devices. It’s in development for Android and iOS by NetEase Games and will take place after Diablo 2: Lord of Destruction but before Diablo 3.

The cinematic trailer reveal featured six classes – Barbarian, Crusader, Monk, Necromancer, Wizard and Demon Hunter – with more classes promised in the future. Players will also receive “new storylines, new playable character classes, new loot, and all-new challenges” over time. Forming parties will be possible in Westmarch, the game’s central hub, and there will be dynamic events across different zones, instanced dungeons and locations like Zoltun Kulle and Wortham to discover.

J. Allen Brack, president of Blizzard Entertainment, stated that, “Diablo Immortal takes the series’ dark, gothic fantasy world of Sanctuary and inimitable Diablo gameplay, and puts it in your pocket. With their incredible passion for Diablo and proven mobile expertise, the development team has spawned an ultra-responsive and breathtakingly beautiful mobile game, and we can’t wait for players to get their hands on it.”

The reaction thus far has been very negative. The cinematic trailer has 61,000 dislikes as opposed to 2,400 likes while the gameplay trailer is currently at 32,000 dislikes versus 1,500 likes. If the game looks interesting enough, players can head here to pre-register and partake in future beta tests along with earning in-game rewards.